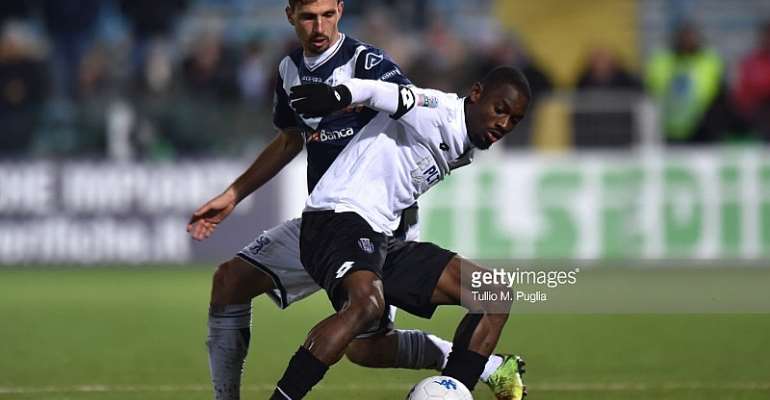 Ghanaian international defender Isaac Donkor fired Cesena to a 4-2 win over Pescara in the Italian Serie B over the weekend.

The game which ended scoreless before the break produced six goals in the second half to revive what was turning to be a boring night.

Ahmed Benali opened the scoring for the visitors in the 62nd minute before Lamin Jallow restored parity for Cesena ten minutes later.

Stefano Pettinari restored the lead for Pescara before Cesena forced an own goal from Brugman after 5 minutes to level the scores at 2-2.

Gabriele Moncini then put Cesena in the lead with a brilliant strike with 3 minutes to end proceedings but the game would not end without Isaac Donkor's brilliant strike to make it 4-2 for the home side.

The former Inter Milan defender lasted the entire 90 minutes of the game and was instrumental in seen his side pick all the three points.