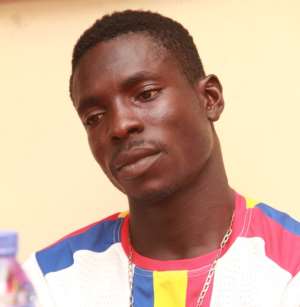 Adjei, 23, has joined the side on a permanent deal after struggling at the Ghanaian giants.

The former Amidaus Professionals striker joined the Phobians with huge pedigree, but persistent injuries robbed him off the chance to impress.