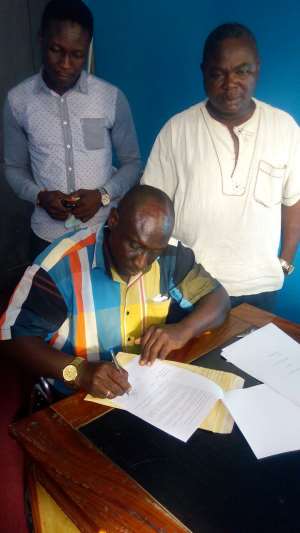 The deal was signed in Dormaa on Monday afternoon hours after arriving in the town and finalizing talks.

Abubakar replaces Ciaoba Aristica who guided the club to second place last season but left after his short-term contract expired.

He is making a return to club coaching after quitting Techiman City in the second round of the Ghana Premier League.