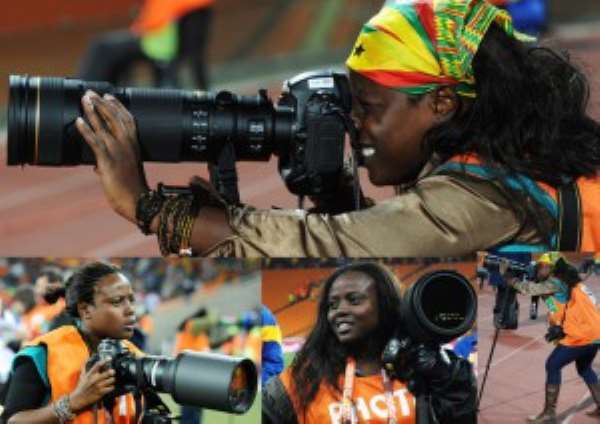 The young but hard working journalist is being calibrated for her work done in the year 2015.

Being a female Senyuiedzorm Awusi Adadevoh has defied all odds and ensured she makes a mark with photo journalism.

She is in line to end the year with the award for the best photo journalist in the upcoming sports excellence award slated for the 26 of December.