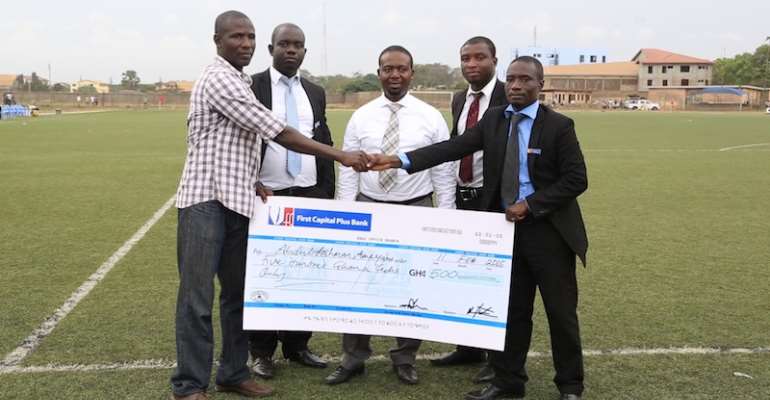 The shy-looking coach beat AshantiGold's Bashir Hayford to the award which has been instituted by the league's headline sponsor First Capital Plus Bank.

Ameyaw helped the Fire Boys to stay on top of the league with ten points after winning three-including one away win-and drawing one.

He opened his account with a 1-0 win over defending champions Asante Kotoko at Dormaa and followed it up with a 1-1 draw at New Edubiase United.

Aduana then beat Heart of Lions 1-0 before trekking to Accra to beat Great Olympics.

Ameyaw received GHS 500 (US$ 200) from officials of the First Capital Plus Bank.

He was presented the award with the dummy cheque when his side played Inter Allies in Tema two weeks ago.