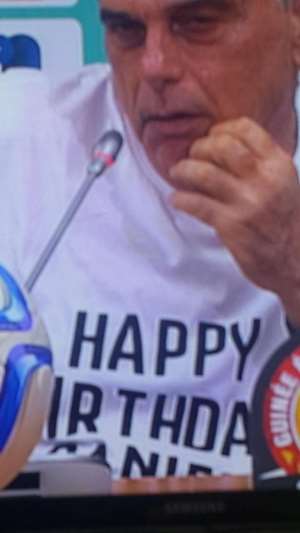 The Israeli, who took charge of the team in November last year, celebrates his 60 th birthday on Friday.

The former Chelsea manager is already in a happy mood as he celebrates the birthday of his son, which falls today (Thursday).

Grant has steered the West African into the final of the African Cup of Nations after just two months in charge.

The Black Stars endured a hostile and violent atmosphere to secure their passage thanks to goals from Jordan Ayew, Mubarak Wakaso and Andre Ayew.

The team will play neighbours Cote D'voire in Sunday final in Bata.