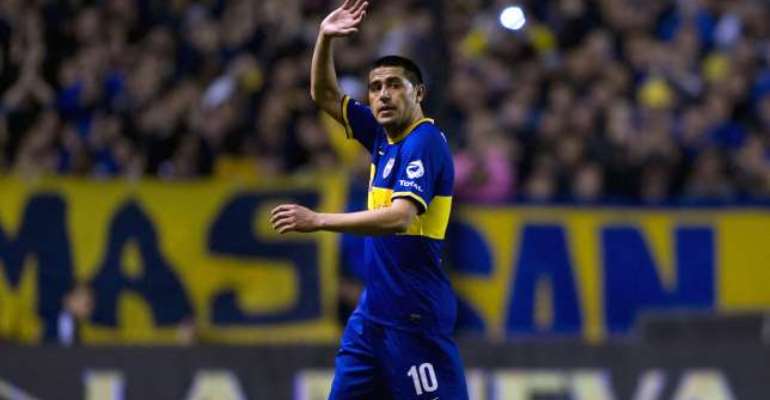 Boca Juniors legend Juan Roman Riquelme retired from football for the second time on Sunday, claiming he had not received any interesting offers to continue playing.

Riquelme spent the 2014 Argentine Primera Division season with Argentinos Juniors but had been linked with moves to Paraguayan club Cerro Porteno and the MLS.

But the 36-year-old Argentinian playmaker has instead decided to hang up his boots, something he had seemingly done in 2012, only to return to Boca seven months later.

With his chances of playing in his home country seemingly finished, however, Riquelme indicated he would stop playing in an interview with ESPN Argentina.

"I have decided to no longer play football," Riquelme said.

"I enjoyed football to the maximum. I hope the people have enjoyed it alongside me. I tried to have a good time.

"I tried to give everything I could to fans of Boca, Argentina, Villarreal and Barcelona, in the youth teams and the full team.

"From now on my football life ends and a new life starts. Let's see what it holds."

The veteran midfielder added: "To carry on playing there would have had to be something that interested me. I thought it was best to say that I won't play anymore."

Riquelme played 15 matches for Argentinos Juniors in 2014, having joined the club in July, but the attacking midfielder will always be remembered for his three separate stints with Boca.

Having started his youth career with Argentinos Juniors, Riquelme moved across Buenos Aires to La Bombonera in 1995.

Riquelme made his professional debut for Boca as an 18-year-old in November 1996 and went on to play 331 league matches for the Buenos Aires giants.

The languid number 10, who was renowned for his passing, dead-ball ability and lack of speed, played for Barcelona and Villarreal between stints with Boca that saw him win five league championships in Argentina, plus three Copa Libertadores titles.

Riquelme also made 51 appearances for Argentina and returned to his first club last year, scoring three goals as he helped Argentinos Juniors earn promotion back to the Primera Division.