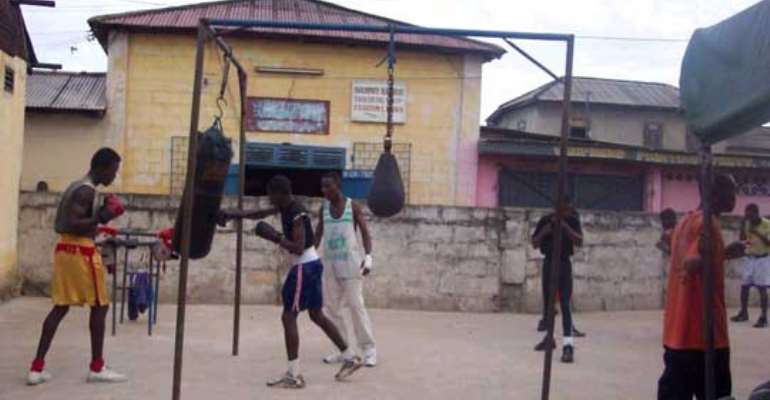 Tension is gradually mounting in the Bukom township as national and West Africa super bantamweight champion, Anyetei Laryea, dares Jonathan Yartey into the ring for his title.

And even before the July 3 fight scheduled for the Accra Stadium happens, the verbal exchanges within the community appear to have stolen the show from the main characters. Caught in the frenzy, the two boxers have helped the chorus, labelling each other in words not very different from “soft meat”.

Dubbed “date with destiny”, the classic pairing has also confined the two boxers to absolute gym work barely a month to the fight, depriving them of the 'freedom' of daily enjoyment.At their separate training venues, scores of excited fans gather on daily basis to catch the degree of energy exerted into composing body and mind towards the July 3 “date with destiny”.

And that is understandable. Anyetei has lost just twice in a career that has seen 15 fights already, although one of the losses, enacted in Nigeria, was under extremely controversial circumstances.With 13 victories, six of them through the short route, the champion has managed to obscure any blemish on his record, which includes a Commonwealth super featherweight title attempt last year.

But against the younger Yartey, who has managed some breathtaking victories against experienced fighters, the bout can only live up to its billing as “only fit for the eye”.On the same bill, the unblemished record of ABU lightweight champion, Abdulai Amidu, comes under threat as he faces 'Ataa Djata' Stephen Okai in a super lightweight contest.

The less-talking Amidu has chalked a host of important victories including an eighth round stoppage of “Congo Soldier' Ben Ankrah to win the ABU crown. In the 'lion', however, he finds an opponent with a mental toughness equal to his.

Mortein boxing graduate, George Ashie, fights Mustapha Appiah in another under card.Such is the bill that will support the clash between Ghana's James Toney and South Africa's Mpush Makembi for the WBC International middleweight title.