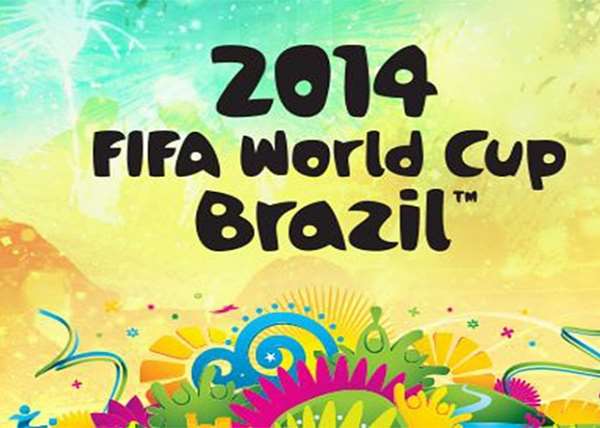 In two days, the Brazil 2014 FIFA worldcup will kick off with a traditional opening ceremony. The World Cup is the biggest sporting event on earth and the second most watched sports event on earth (the first is the summer Olympics).

Here is a preview of what to expect at the opening ceremony of this year's FIFA world cup Brazil 2014.

1. The Games Will Break TV Records
Almost one out of every seven people on earth watched at least one minute of South Africa 2010. FIFA expects this number to increase this year. If you have observed that the kick off time of some games seems a bit unusual, it is because those times have been selected to favour more people in Europe, Middle East and Africa - places where viewership keeps growing.

The opening game - Brazil vs Croatia is also expected to break individual match viewership records. Football fans will recognize well known players on both sides - Neymar, Alves, Oscar and Fernandinho on the Brazillian side, and Modric, Olic, Mandzukic and Da Silva on the Croatian side. You can expect the home fans to support their team but the result could go either way.

2. The Field Will Not Suffer
There is good news for teams who complain that opening ceremonies damage the pitch. The artistic director for this year's opening ceremony, Daphne Cornez has carefully designed a show that will be light on the field. As a matter of fact, the entire ceremony bans any sharp instruments or props that may damage the field. Cornez says the ceremony will be a tribute to Brazil and its treasures: nature, people and football.

Director Cornez has experience running shows like this. She directed the opening ceremony of the South American games in Columbia 2010 and the Celebrations of Anniversary of China-Belgium cooperation. Viewers can expect wild imagination , creative costumes, martial arts and dance from the 600 performers on Thursday.

3. A Rapper Will Rock The Stage
The organisers of the last ceremony in South Africa 2010 gave fans a heavy dose of African music and dance. The excited fans added their own vuvuzela's and Colombian superstar Shakira rocked the stage when she performed the official tournament anthem 'Waka Waka'.

This year, the stage will belong to American rapper Pitbull, Brazillian pop star Claudia Leitti and Brazillian band Olodum who will team up to perform the official anthem for this world cup - 'We are one (Ole Ola)'. Jenniffer Lopez features in the original song but will not be available to perform on the day. The song was released weeks ago by the 33 year old chart topping American rapper and has already gathered 69 million views on Youtube.

4. The venue is a brand new stadium
The opening ceremony will be held in the Arena Corinthians, a brand new 68 thousand seater stadium purposely built stadium in Sao Paolo for the tournament. Over the course of the tournament, this same venue will host a total of six games including one semi final game. After the tournament, it will become the home stadium of SC Corinthians. Sao Paolo itself is a diverse city popular for its nightlife and rich culture.

5. Some people are protesting the games
Not everyone is happy about the worldcup. Groups of protesters and strikers have been marching and asking the Government of Brazil to spend money on the people's daily problems instead of on the worldcup. The government responded by saying that the protesters are part of a 'systematic campaign' to make the government unpopular. This is not the first time. South Africa 2010 and the London Olympics were all criticized by various groups.

For more informative coverage and analysis on Brazil 2014, visit newaccra.com

Newaccra Magazine is a positive lifestyle magazine for the young and driven. Our goal is to inspire ambitious young people to achieve their big dreams. We do this by providing high quality content on success, entrepreneurship, healthy lifestyles, current sports and entertainment. Visit www.newaccra.com