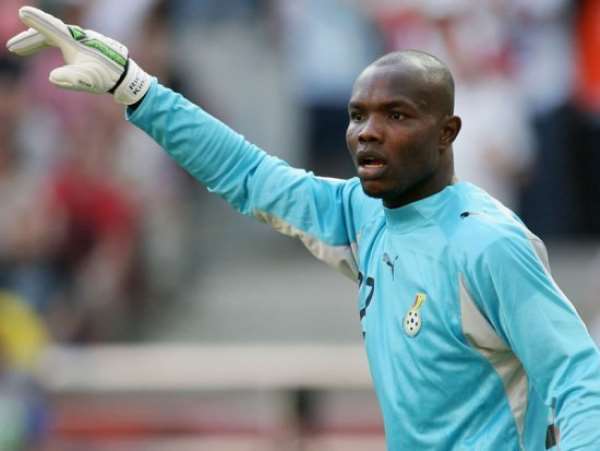 Ghana goalkeeper Richard Kingson made his debut for Doxa Katokopia over the weekend to end his almost two-year inactive club career.

The 35-year-old kept a clean sheet while lasting the entire duration as Doxa got their campaign in the Cypriot to a flying start with a 2-0 win over Nea Salamis on Sunday.

Kingson has been without a club since he was released by Blackpool in 2011.

And after staying inactive for 18-months – during which period he sought some sort of revival from powerful Nigerian pastor T.B Joshua – Kingson has now made a triumphant return to first team action at club level.

Kingson's return could spark a campaign for his return to the Black Stars as he has been one of the assured goalkeepers for the national team in recent years.

He however must first catch the eye of Ghana's national team coaches before ever dreaming of a return to the Black Stars.