Champions League is our target -Hearts 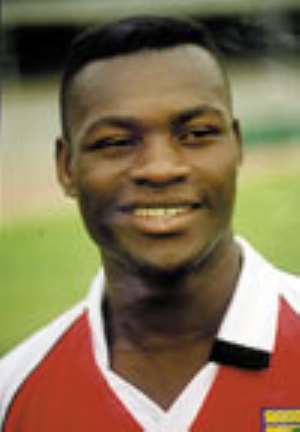 Skipper of Accra Hearts of Oak, Joseph Ansah says winning the Confederation of African Football (CAF) Champions League next year is the target of the playing body. Speaking with the GNA Sports, Skipper Ansah said after beating their arch rivals Kumasi Asante Kotoko 3-0 to open a 10-point lead on the league table, the team is sure to win the league trophy even though there are 14 more matches to be played. "In spite of this, we are not going to under rate any team since any thing can happen in association football".

Joe Ansah attributed Hearts exit from this year(quote)s preliminary round of the Champions(quote) League to inadequate preparations and some other minor problems, which have now been solved.

He said everything is now on course with the team as the management committee has done enough to motivate the playing body for every match adding, "with this new spirit in camp, Hearts is ready to conquer Africa once again".

On the defeat of Kotoko, Skipper Ansah said, they were well prepared for the game and were psychologically ready to battle their old foes hence the victory.

The skipper said the players were not satisfied with the one-all drawn game in Kumasi and therefore vowed to "teach Kotoko a soccer lesson in Accra" hence the 3-0 bashing.