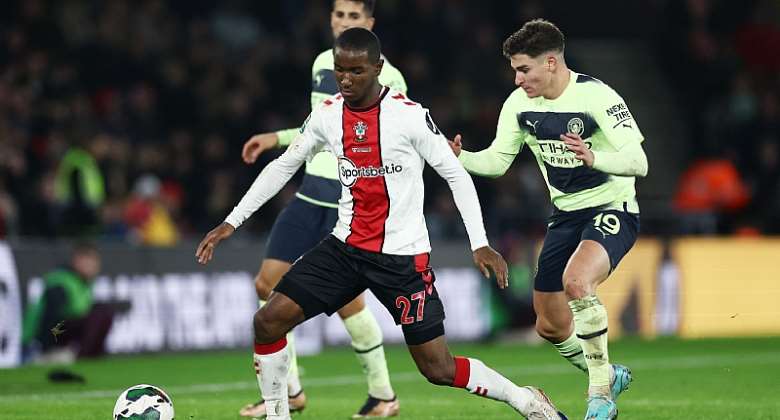 SuperSport viewers on DStv and GOtv can look forward to Semifinal first and second leg action from the Carabao Cup, running from Tuesday 24 January to Wednesday 1 February 2023.

SuperSport is your #HomeOfFootball and the ultimate destination for lovers of ‘The Beautiful Game’.

The action gets underway on the evening of Tuesday 24 January, as Southampton welcome Newcastle United to St Mary’s. The return game will be played at St. James Park a week later on 31 January.

The Saints dispensed with Cambridge United, Sheffield Wednesday and Lincoln City in the earlier rounds, and then stunned Manchester City in the quarterfinals earlier this month, while the Magpies took down Tranmere Rovers, Crystal Palace and Bournemouth before ousting Leicester City in the previous round.

Newcastle are appearing in the League Cup semis for the first time in 47 years and find themselves closing in on a chance to end their 68-year trophy drought.

“We still have a long way to go, we are just pleased to be in it and the two-legged semifinal is something we will savour and we will give it our best shot,” said Magpies manager Eddie Howe.

On the drought, he added: “It’s too long, too long a wait. That’s no criticism of anyone that’s tried, but we’re desperate to hurry up the processes and try to get the team successful as quickly as possible. That’s easier said than done, and we now go to a semifinal. Getting to the semifinal is one thing, but you want to get into the final, you want to experience that.”

The second semifinal pits Nottingham Forest against Manchester United, with the first leg set for the City Ground on Wednesday 25 January, while the return game will be played the following Wednesday 1 February at Old Trafford.

Forest manager Steve Cooper was delighted to lead his team to the semifinals but admits he is angered by being without goalkeeper Dean Henderson for both matches (as the player is on loan from Man United).

“I have only just thought of that, it is frustrating,” Cooper said of Henderson’s ineligibility. “After seeing the night he had [in the quarterfinal], he was excellent in the penalty shootout but he was good in the game, more than good in the game.

“It’s unfortunate. He’s part of our group, he is so invested in the group and how we work, what we’re trying to accelerate in terms of what we want to become. To do that you need a really good goalkeeper. Not only is he committing as a goalkeeper, he is buying into being in the city and the greater good of the club.”

The aggregate winners will advance to the final and meet at Wembley Stadium on the late afternoon of Sunday 26 February.

Don’t miss the Football Season on SuperSport on DStv and GOtv. Visit www.dstv.com and www.gotvafrica.com to subscribe or upgrade, and join in on the excitement. And while you’re on the move, you can stream matches on the DStv App.