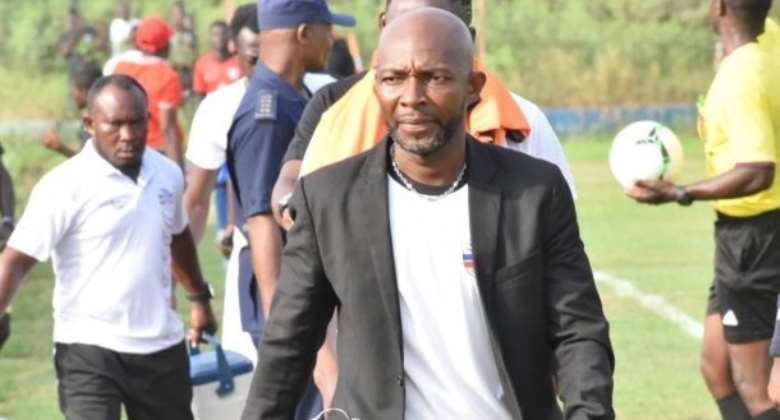 Ghana Premier League giants, Hearts of Oak have announced that Coach David Ocloo has been appointed as interim head coach to prepare the team for the upcoming games against AS Bamako in the CAF Confederations Cup.

In a club statement, it says the former Liberty Professionals coach will serve as interim head coach until a new gaffer is appointed.

“Accra Hearts of Oak Plc is pleased to announce the appointment Mr. David Dickson Ocloo as the club's new Assistant Coach. His appointment takes immediate effect and forms part of the club's restructuring exercise of the Technical Team.

“In the interim coach, Ocloo will act as the head Coach and will be assisted by Samuel Nii Noi until a substantive head coach is appointed in the near future. He is expected to lead the team's preparations ahead of this weekend's CAF Confederations Cup first leg game against Real Bamako of Mali in Bamako,” a Hearts of Oak statement said on Saturday, October 2.

Coach David Ocloo, 38, holds CAF license A, B & C coaching certificates as well as a certificate in Sports performance and video analysis.

Find more in the statement below:

We warned gov’t against reckless borrowing, wasteful spendin...
2 minutes ago