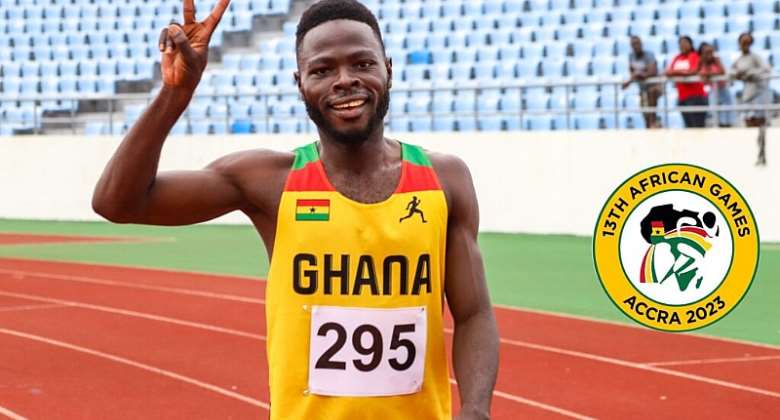 Edwin Gadayi has recorded the best national record (locally) in the men’s 200m in 2022.

The Ashanti region-based athlete made a time of 20.848 seconds to set the best time by any local athlete this year.

Gadayi stormed past James Dadzie who ambitiously led the race from the shot of the gun but finished behind with a time of 21.064 seconds.

Solomon Hammond of University of Ghana won the first spot in the final of the men’s 100m at the LOC 2023 Invitational Championship at the Cape Coast Sports Stadium on Friday.

Botsio attempted to stage an upset by outrunning Hammond in a heated contest that had ex-record-holders Leo Myles-Miles and Prof. Andrew Owusu watching from the stands.

Hammond (10.35) went neck-to-neck with Botsio (10.50) in the first 50m of the race with Edwin Gadayi breathing down on their necks in third place.