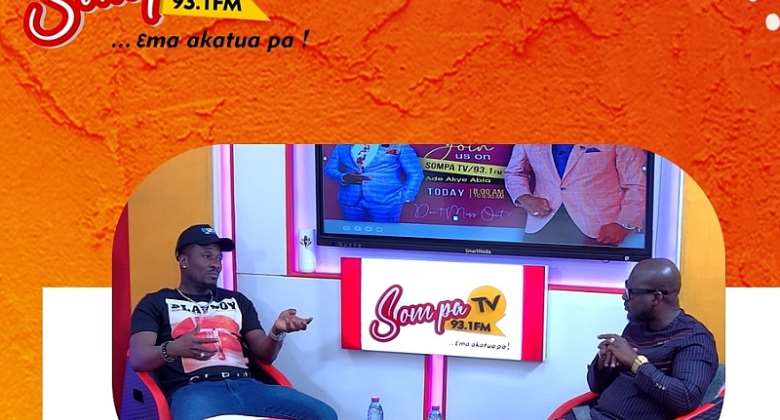 Industrious Black Stars skipper, Asamoah Gyan has revealed he has no intentions to enter into politics any time soon.

He shared his career and future ambitions including the coaching course he is pursuing with Omanhene Adu Boakye on Ade Akye Abia on Sompa TV.

The former Sunderland striker has not completely ruled out the possibility of becoming a Member of Parliament for any political party despite numerous media reports linking him to the ruling NPP party in Ghana.

But he says he will not be a politician, not for now and remains neutral because he is not aligned with any political party as speculated.

“I have been a black star’s captain, I remain neutral, any government in power can decide to work with me, I don’t have to be aligned with a political party, I am a patriotic citizen, I am for the people, the vulnerable, that’s why I am philanthropist.

"The project, it demands a lot, I am immensely grateful for the call and the confidence reposed in me but for now, I am not ready yet I can’t rule out the possibilities.

“I don’t know anything about Politics for now. But my ambition is to be successful in all spheres of my life but you might not know in the future. “Anything is possible with regards to my political dreams but God knows best. You might not know what will happen to me tomorrow. But for now, I want to enjoy myself,” Asamoah Gyan said on Sompa TV.

In defence of the tag that he is a member of the New Patriotic Party, he said his parents came to live in Accra because of Dr Bussia. In an actual sense, he claims there is a strong bond with NPP because of his father’s relationship with the Bussia family.

“People perceive the thought that I am NPP member, that’s not true, although my family support the party I am a neutral person, look, my father migrated from Wenchi to Accra because of Bussia,” he quoted.

He, therefore, asked leaders not to abuse power when given the mandate.

“When they get power, they override the people who gave them the mantra to lead, we should accord everyone with respect and the less privileged," he emphasised.