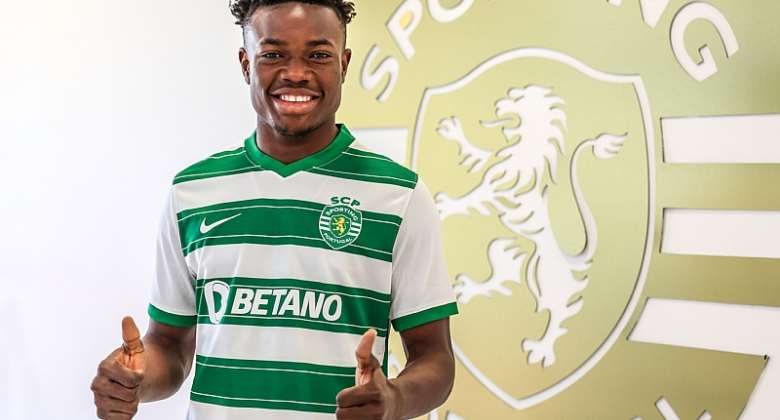 “Abdul Fatawu Issahaku, 18, is a reinforcement for Sporting Clube de Portugal. The footballer from Ghana has signed for five seasons and has a release clause of 60 million euros, having been presented this Wednesday at the Cristiano Ronaldo Academy, in Alcochete,” a statement from Sporting CP said on Wednesday, April 6, 2022.

Before the announcement today, Abdul Fatawu Issahaku had been with the reserve team of Sporting CP where he has been training with the team ahead of this day.

He is elated with his move to the Portuguese club and has vowed to work very hard to not only continue his development but also manage to help the team to win titles during his stay at the club.

While Abdul Fatawu Issahaku could mark his debut for Sporting CP before the end of this season, it would be next season where he would have the opportunity to feature in more games for his new club.