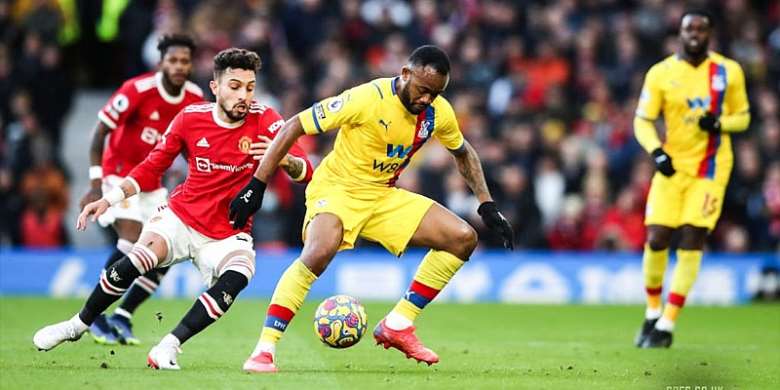 Crystal Palace manager Patrick Vieira has expressed disappointment in Jordan Ayew after failing to find the back of the net against Manchester United.

The Eagles were hosted at Old Trafford but suffered a 1-0 defeat.

The Ghana forward who has attracted criticisms due to the lack of goals for club and country had a glorious chance to put the ball at the back of the net but failed to score.

Jordan fired James Tomkins’ knockdown across goal and wide with David de Gea beaten as Cheikhou Kouyate could not get on the end of it.

Two minutes later, Palace paid for the miss as Brazilian midfielder Fred opened the scoring – the goal sealed victory for the Red Devils.

“I believe that our front three could’ve held the ball better. I think we didn’t keep the ball well enough up front. And I think talking about Jordan, of course, he had the big chance of the game and he didn’t take it," the French trainer said after the game.

“I feel really sorry for him but I’m really disappointed for him because he deserved to score the goals that he created,” he added.

Ayew is yet to score a goal for Crystal Palace since his goal against Leeds United in November 2020.