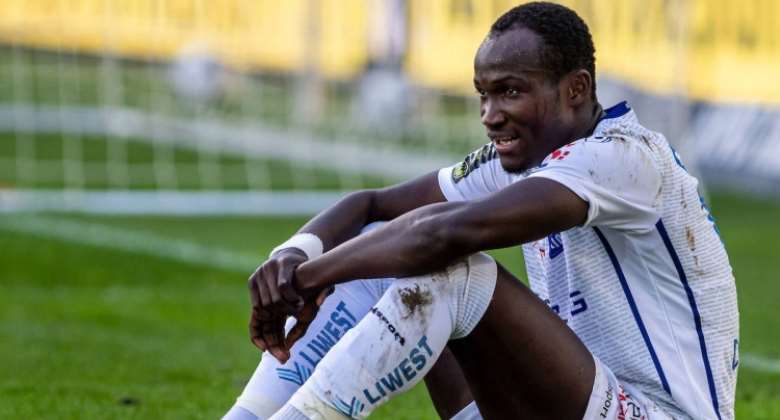 The 26-year-old, who joined the Austrian Second Division League side on a two-year deal this summer, has been struggling with heart scares over the past seasons, hence his release by his current employers.

The former Levante forward has been playing with an implanted defibrillator device since the detection of the cardiac disease over his playing career.

And now, following his recent collapse in a Cup game against TSV Hartberg in October, the Austrian lower-division campaigners have resolved to sever ties with the former Real Zaragoza frontman - with the news already communicated to his counsellors early this week.

Sporting director Tino Wawra confirmed the release of the Black Stars forward to Laola1: "There was an appointment this week when we told him and his management that it was no longer an option for us that he is on the pitch for us. The risk is just too great for us.

Wawra continued: "We are very sorry for him. Apart from Salzburg, you won't find a player with the quality of a healthy Raphael Dwamena in all of Austria. It's a shame that he probably has to think about a final retirement now. He is a great guy, has a top character. That's why the decision is all the more difficult for us. "

The Nkawkaw-born striker has been capped 8 times at the senior national team of Ghana, the Black Stars with two goals to his name.