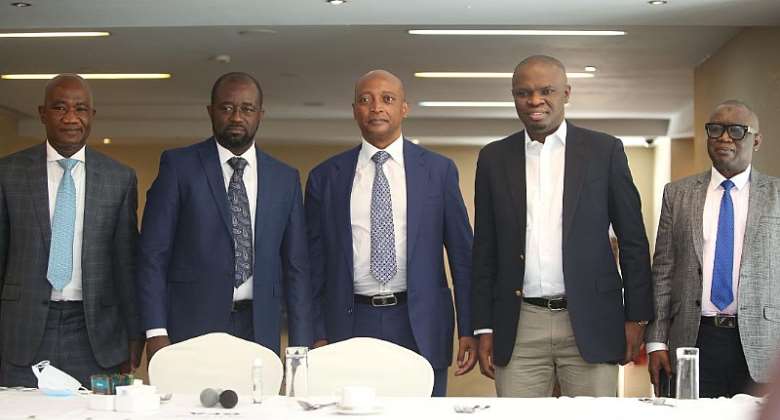 President of the Confederation of African Football (CAF) Dr Patrice Motsepe on Thursday, October 21, joined scores of football administrators, the corporate community of Ghana, Businessmen/Women and the Executive Council of the Ghana Football Association (GFA) for breakfast at the Kempinski Hotel in Accra.

This forms part of his two-day working visit to Ghana.

With him were Youth and Sports Minister Mustapha Ussif (Hon.) and his Chief Director Hafiz Adams and GFA President Kurt Edwin Simeon-Okraku.

The meeting discussed issues relating to corporate sponsorship, the impact of football in changing the lives of the African Youth, Government’s support in providing infrastructure and financial support for football development.

Dr Patrice Motsepe who took over the reins of CAF in March this year is in Ghana for the first time since he was elected into power following the exit of Ahmad Ahmad.

One Teacher One Laptop: Teachers Alliance to demonstrate on ...
6 minutes ago