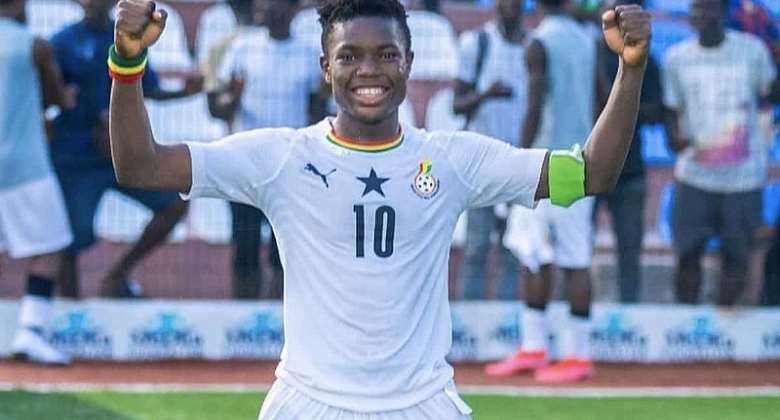 The 18-year-old winger will join the Dawu based club before his move to complete his move to Portuguese side, Sporting Lisbon next year.

The Steadfast FC forward has been linked to several clubs in the Premier League following his impressive outing with the Division One League side.

According to his agent, Prince Umar, an agreement has been reached with the Dawu-based club for the signature of the talented forward before the start of the 2021/22 season in two weeks time before.

“Yes, we have reached an agreement with Dreams FC for to join them for a short spell before moving to Sporting Lisbon next year,” he told SportsworldGhana.com.

The AFCON U-20 MVP received multiple interests from European clubs in the summer and was close to signing a move with German Bundesliga side Bayer Leverkusen.

Issahaku made his debut for the Black Stars in the October games against Zimbabwe at the Cape Coast Stadium.

FIFA throws out SAFA’s protest case against Ghana after WC q...
50 minutes ago

Appropriate adequate funds for establishment of Ghana’s CDC ...
56 minutes ago