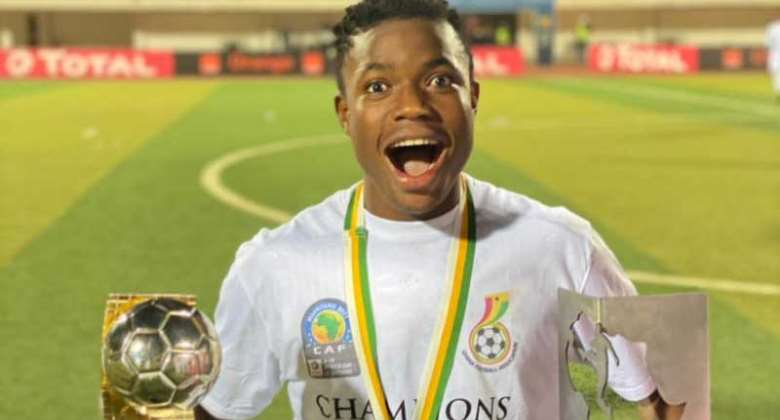 The representative of Abdul Fatawu Isshaku has revealed that the youngster will complete his move to Portuguese side, Sporting Lisbon next year.

The 19-year-old was reported to have completed a move to Ghana Premier League side, Dreams FC.

Issahaku has grabbed the headlines after making his debut for the senior national team, the Black Stars in the 2022 Fifa World Cup qualifiers against Zimbabwe.

The former Black Satellites forward played the first 45 minutes against the Warriors at the Cape Coast Stadium in a 3-1 win for the Black Stars.

The representative dismissed the reports suggesting he has completed a move to the Dawu based club and insisted he will join Sporting in January 2022.

"Abdul Fatawu Issahaku is a player of Sporting Lisbon and nobody in Ghana has the right to transfer Fatawu to another club," he told Kumasi based Pure FM.

He has been linked to Ghana Premier League returnees, Real Tamale United [RTU].

Issahaku was part of the Black Satellites team that won the 2021 Caf U-20 Youth Championship in Mauritania.

He was named the Best Player of The Tournament.