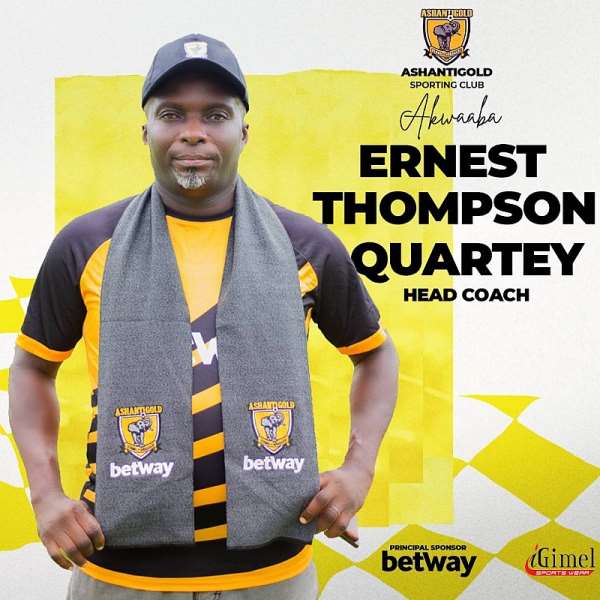 Ghana Premier League side, AshantiGold Sporting Club have appointed Ernest Thompson Quartey as the new head coach ahead of the 2021/22 football season.

The experienced gaffer replaces Thomas Duah for the new campaign.

The Miners have never had a substantive head coach since Frenchman Romain Folz left the team last season.

Thomas Duah led the club on an interim basis and guided the team to the MTN FA Cup finals last season, losing to Hearts of Oak on penalty shootouts.

The Obuasi based club changed coaches about five times before the end of the 2020/2021 season and finished 9th on the league table.

Roberto Landi, Milovan Cirkovic, Romain Folz, Sarfo Castro and Thomas Duah all took charge of the club at some point in time during the last season.