Arrogance Behind Failure Of US Based Ghanaian Boxers - Joshua Clottey 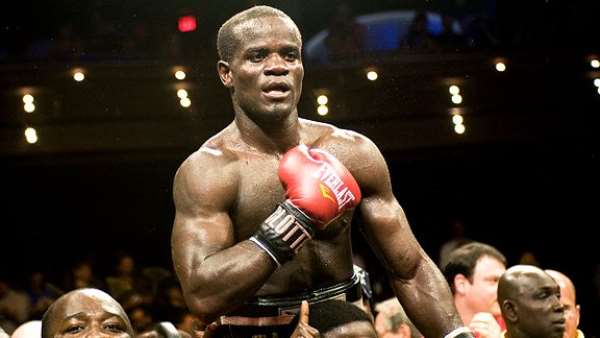 Former IBF Welterweight Champion Joshua Clottey believes arrogance is the core reason for the failure of Ghanaian boxers who have been involved in world title bouts in recent times.

In the last two years, Ghanaian boxers based in the United States including Richard Commey, Isaac Dogboe and Duke Micah have either lost their title or failed to gain one when given the opportunity.

Now based in the United States Clottey expressed his disappointment at the unwillingness of these current crops of boxers to seek advice ahead of these title fights.

"The boxers that we don’t trust and even know yet are the ones who will become champions.

"As soon as these Ghanaian boxers get to America and start making a few dollars after fighting they forget to ask questions.

"They forget to ask for advice from the senior ones.

“When you call them to offer help they don’t pick up their calls, you can send them messages but won’t get a response.

“Sometimes you need to seek advice from the senior ones because I have fought Zab Judah who was a champion in two different weight classes and was undisputed and won the title.

“They have to ask questions if they don’t understand anything they can ask the senior ones,” he told Sammy Bartels in an interview in MX24GH.

Clottey himself has debunked assertions that he has retired from the sport despite a long absence from the ring.

Your independence will be respected – Akufo-Addo assures new...
32 minutes ago

He has the capacity, intellectual strength to succeed – Akuf...
37 minutes ago