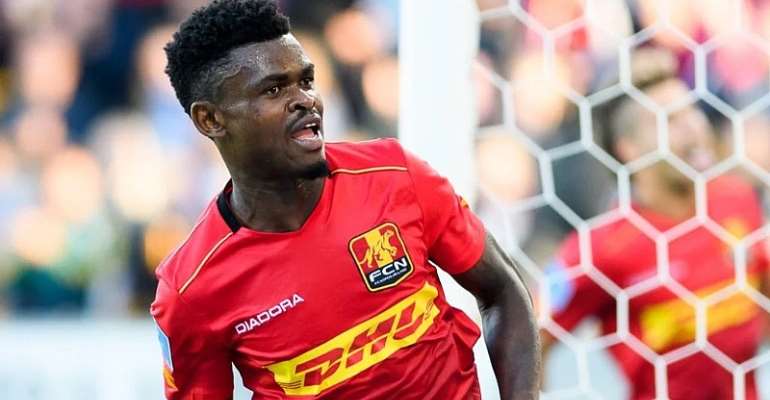 Modernghana Sports can report that Godsway Donyoh has completed his move from FC Nordsjaelland to Israeli top-flight club Maccabi Haifa.

The former Right to Dream Academy man joined the Danish Superliga club from Manchester City in 2016.

After spending 4 years with FC Nordsjaelland, Godsway Donyoh is now moving on from Denmark and will continue his football career in Israel with Premier League outfit Maccabi Haifa.

“Godsway Donyoh sold to Israel
“The 25-year-old striker changes from FC Nordsjælland to Maccabi Haifa in Israel with immediate effect”, a club statement from FC Nordsjaelland to announce the transfer of the forward has said.

The Danish club has also confirmed that Godsway has already passed his medical check in Israel and has joined his new club and squad that has just qualified for the play-off round of the Europa League, where Tottenham are waiting for next week.