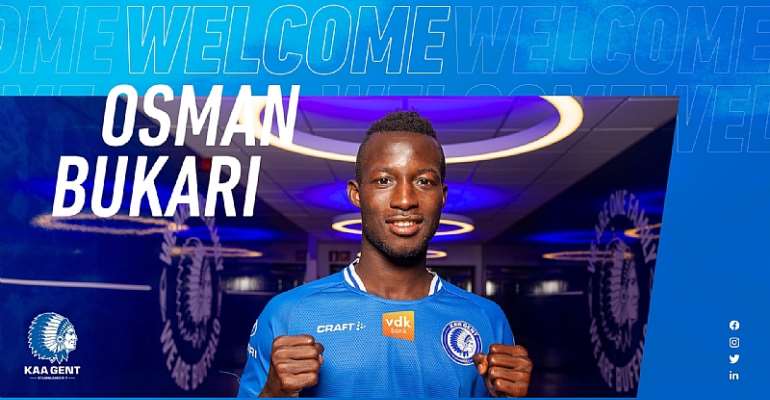 Belgian outfit, KAA Gent has announced that they have completed the signing of Ghanaian winger Osman Bukari in the ongoing summer transfer window.

The club after struggling in the first few matches of the 2020/2021 Jupiler Pro League season has decided to bring in some reinforcement to give them a squad boost.

Following successful negotiations, they have sealed the signing of Ghanaian forward Osman Bukari from Slovak club AS Trencin.

“During the first international break of the season, right-wing forward Osman Bukari signed with KAA Gent. The 21-year-old Ghanaian comes from the Slovakian AS Trencin. He signed a contract for the next 3 seasons”, an official club statement has said.

At AS Trencin, the former Accra Lions pacey attacker played a total of 66 matches in the Slovakian top-flight league where he scored 16 goals and provided as many as 25 assists.

Now with KAA Gent, he will be expected to help the team revive their campaign in the recently started Jupiler Pro League.