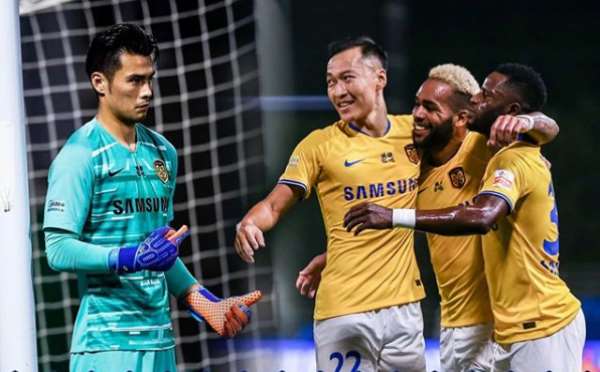 The two clubs were in action at the Dalian Sports Center Stadium to honour a date in the ongoing 2020 football season in the Asian Country.

January signing Mubarak Wakaso started the game from the substitute bench but was introduced in the second half to replace striker Ivan Santini after netting a hat-trick.

The Ghana international had a massive impact on the field and finished off with a fine assist. His pass found Eder on the 79th minute with the forward slotting his effort into the back of the net to complete his brace.

At the end of the 90 minutes, Jiangsu Suning earned all 3 points on the back of a 5-2 win with Henrique Dourado and Yusong Ni getting the consolation goals for Henan Jianye.

Mubarak Wakaso, 30, has now featured in 7 games for his club and has 1 assist to his name but is yet to get on the scoresheet. He has previously been named ‘Man of the Match’ on 2 different occasions as well.