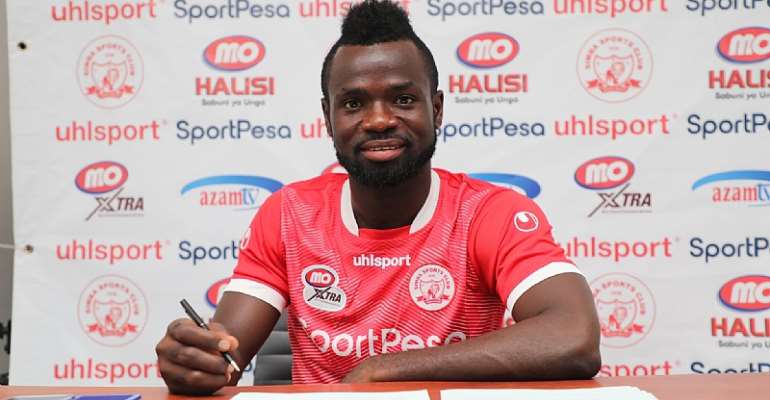 The Tanzanian Premier League champions have been linked with the former Ashanti Gold Sporting Club forward for quite some time now and have finally gotten their man.

In a stamen from Simba SC on their Twitter account on Saturday morning, they have confirmed the capture of Bernard Morrison.

“MORRISON IS RED”, the post from the Tanzanian giants has confirmed.

Checks have revealed that Bernard Morrison has inked a 2-year contract. With his exploits on the African terrain, he will be expected to play a big role at his new club next season.

His latest transfer comes on the back of a recent fall-out with Yanga SC and an encounter with police in Tanzania which saw him being dragged to the police station on suspicion of carrying marijuana.

With the bad press behind him now, Bernard Morrison is hoping to enjoy a successful stint at his new club.

Chiefs and Queen mothers of Nadowli-Kaleo congratulate Alban...
4 minutes ago

I intend to live my my oath – Bagbin
4 minutes ago