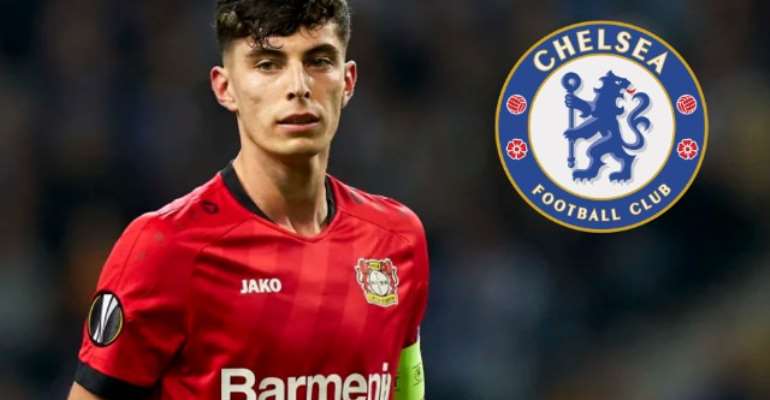 Frank Lampard has reportedly put six players up for sale as he looks to raise funds in order to sign Kai Havertz from Bayer Leverkusen.

The German playmaker is understood to be a key target for Chelsea, with the 21-year-old keen to sit down with the Bundesliga side to discuss his future.

Havertz looks set to leave the club in the summer after his team-mate Wendell claimed he “dreams” of playing in the Premier League.

And Chelsea have been handed a boost in their pursuit of signing the midfielder after his boss Peter Bosz admitted he could be sold before August.

But in order to land the £90million-rated star, Chelsea will have to offload a number of players, with Lampard said to have deemed six squad members as surplus to requirements.

According to the Express, the likes of Michy Batshuayi, Marcos Alonso, Danny Drinkwater, Tiemoue Bakayoko and Kenedy could all be heading out.

And they also state that Italian left-back Emerson Palmieri looks increasingly likely to leave with Inter Milan looking to bring him back to Serie A.

Havertz’s proposed Chelsea move appears to be edging closer after Leverkusen’s managing Rudi Voller insisted the player can leave if a club meets their demands.

He told Bild: “We have an agreement – if it fits, he can go this summer.