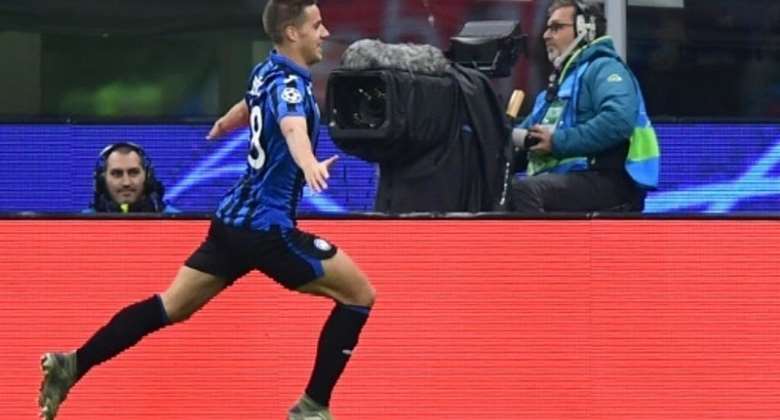 Atalanta consolidated their place for next season's Uefa Champions League with a 2-0 win over Napoli.

The success on Thursday night coupled with fifth-placed Roma's loss to Udinese gives Gian Piero Gasperini's side a 12-point cushion in the fourth and final Serie A berth for next season's Champions League with nine games remaining.

Goals from Mario Pasalic and Robin Gosens early in the second-half secured the victory that took Atalanta onto 60 points after 29 top flight matches.

"It's a shame that the fans weren't here to see this," said Gasperini. "It's really sad because I can imagine what kind of atmosphere there would have been for the match."

The defeat at the Gewiss Stadium dented Napoli's push for a place in next season's Europa League.

Setback
They are sixth in Serie A with 45 points but AC Milan and Verona are close behind.

"I'm really angry after a performance like that," said Napoli coach Gennaro Gattuso. "Atalanta did very little. We were in control of the match.

"I can't remember an Atalanta shot. This is a team that hammers its opponents, scores five and six against everyone. We threw this match away."

Roma could have closed to within six points of Atlanta. But events conspired against against Paulo Fonseca's team who slumped to relegation-threatened Udinese at the Stadio Olimpico in Rome.

The hosts then lost Diego Perotti for a crude challenge on Rodrigo Becao in the 30th minute.

They manage to stay in the game until Ilija Nestorovski prodded home 12 minutes from time to give Udinese their first league win since mid-January.