Chude Jideonwo and Mfon Ekpo are set to visit America, and Canada for 'Dear God, We need to Talk!' retreat 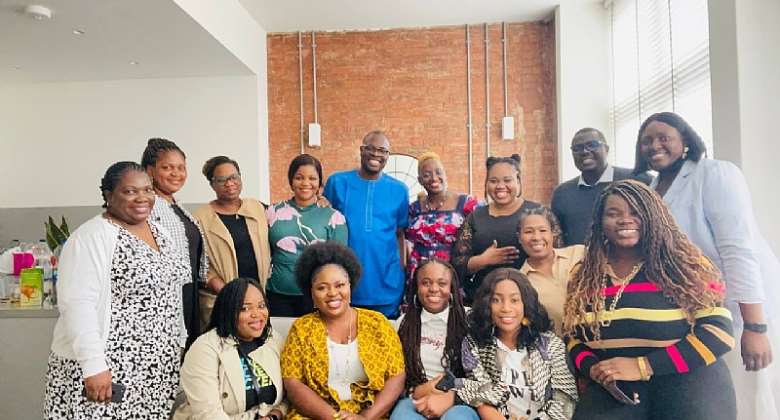 Chude Jideonwo, Founder of Joy, Inc. and host of #WithChude, together with Mfon Ekpo, Nigerian author and CEO of The Discovery Centre kickstarted a retreat series titled “Dear God, We Need to Talk!” in Lagos in April and are currently on an 8-city tour across the United Kingdom, America and Canada.

The retreat, attended by participants from across different states in Nigeria and the United Kingdom, is scheduled to continue in Frankfurt, Rome, Toronto, Maryland, and Atlanta in October and November. In the Lagos edition of the Retreat, Mfon shared “When Christians say, we are waiting on God to speak, what they are really saying is, ‘I don’t want to be wrong’. Because if God speaks then it is not a mistake”. Sharing about their experiences in the London retreat, one participant said, "it was indeed multiple moments of discovery! My greatest moment, "listen to your own voice". Another participant shared that the retreat has been a reminder that freedom is sweet; "About two years ago, I was taught by Mfon about the power of the Holy Spirit in us and how we have become co creators. Attending the #WithChude retreat is a reminder that I am truly coming into freedom because with God, there is no pretence and my very existence on Earth pleases God".

“Dear God, We Need to Talk!” is a one-day retreat that helps participants question assumptions, consider new conclusions and open their hearts to God in new ways. The city-wide retreat explores non-conventional conversations about breaking free from toxic religion and provides an avenue to see God and the universe in fresh and empowering ways. The previous events were filled with testimonials of talking to God and feeling a sense of peace that was long lost. Other participants in the retreat have also shared how the meeting has proffered them answers to their lifelong questions and triggered their excitement towards the journey of self-discovery.

The retreat series, which debuted in Lagos in April, was held in May and June in London and Manchester and is set to continue in Frankfurt, Rome, Toronto, Maryland, and Atlanta in October and November. Details can be found at event.withchude.com

OSP not enough to win the fight against corruption — Micheal...
26 minutes ago