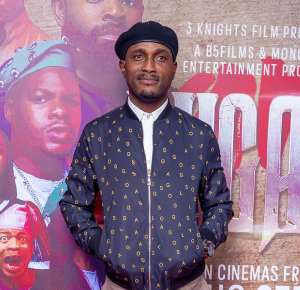 Nollywood producer of note, Wale Osagie Muraina has made a case for more financing for Nollywood movies.

Speaking to journalists at a recent hangout event, Muraina who has a reputation for judicious management of funds says the fact that he manages funds well and has a reputation of working below budget doesn’t mean the industry can thrive without good funding.

‘I know people already tag me as Mr. Fix it of Nollywood. It is true that I have a reputation for managing funds well and working with the budget and left with funds but that should not be mistaken to mean that Nollywood can thrive without good funding’.

‘Filmmaking is business; it is not a charity work. People need to get that. You hire men and women who have dependents to come to the movie set and work for 20 days or more, they are professionals, they should be well paid. Film making is work. We should first get that out of the way. Look at the way some people live well, drive good cars and take care of their loved ones, filmmakers deserve that as well, so we need to fund the industry’.

Speaking further, Muraina says, quality is costly. ‘You see all those things we admire in foreign films, colour, costumes, sets, locations and props, they cost money. Those professionals that will make your film pop and the post production that add a little extra to the film that make them extra-ordinary are costly. Those things that will make our films competitive that we see in foreign films, and give the extra ‘wow’ effect, cost money, Nollywood needs good funding. Funding and good planning will make our films great.’

Speaking on production ability of Muraina, Samuel ‘Bigsam’ Olatunji, a film maker of note who has his jobs across many platforms, said Muraina is an asset to any production team. ‘I like his commitment and how he ensures that you get value for every penny and takes care of the crew member. I am glad our paths crossed. He understands production and the most important thing is that he understands film. It will be difficult for any crew member to play a fast one on Wale. And he understands the psychology of treating actors right’.

Wale Osagie Muraina who studies at University of Benin is born of a Yoruba dad from Ijebu and an Edo woman. He grew up in Benin and has a Yoruba heritage from Ijebu. He presently lives in Lagos.

Take bold decisions to turn things around, not just talks – ...
5 minutes ago

'You do nothing while Ofori-Atta makes a fortune of our loan...
50 minutes ago