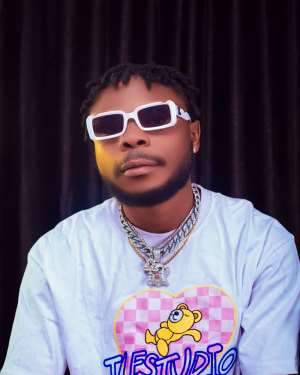 Born in a patch neighbourhood in Otun Moba, Ekiti State, Olaiya Gbenga Promise known professionally as Opah Sneh is a Nigerian singer, rapper and songwriter who revealed his early financial struggle with his family.

The Afro-fusion singer paint an image of his poor family background, growing up in a mixed family where they had to depend largely on proceeds from their local farming business.

His persuasive hunt for growth made him relocate to Lagos despite the huge odds stalked against him, " I had a fair share of poverty, growing up in a family that depend extensively on what we get from our family business. I lost my dad in 2002 so I was largely raised by my single mother until her death in 2011", the artiste told Dailypost.

"After my secondary school in Ekiti, I told my mother's brother I was staying with my intention to travel to Lagos and stay with my elder sister. At first, he was scared for me, asked to know how I intend to survive with the rough life in Lagos.

"I was so motivated that nothing was ever going to stop me from travelling. That decision has today, carved a new beginning for me and opened me up to full glare of my music career".

The artist who dropped his debut hit track "Dream" in 2021, noted that the song was inspired by his early struggle and also serve as a reminder of his promise to his late mother.

"Dream is a song filled with lots of emotions. As the only son I was loved by my mum and siblings. My determination has always been to make them proud. The memories of my late parents still hurt me during my solo moments. I believe though, they are up there watching and still praying for me. I owe everything I have achieved in life to God", he said.

Opah Sneh's obvious talents tent him as an Afrobeat star to watch out for and we may well see him taking over the industry in the nearest future.