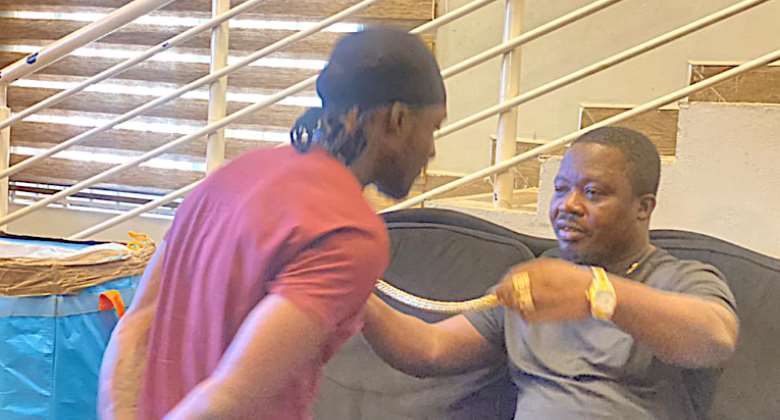 According to the highly respected young entrepreneur, his gift to the talented singer is to officially endorse him into the Giwa family. He, therefore, pledged his unflinching support to the young talented artist who is poised to take over the music scene.

In a brief meeting, the well-acclaimed entrepreneur seized the moment to advise the youth to be positive in their thinking and also desist from violence.

He further mentioned that the key to success and peaceful life is God, Money, and Love therefore the youth should channel their productive energy to live a positive and impactful life.

Known in showbiz circles as Rebel, Eric Kuuku Nyamekye Kyeremanten is a Ghanaian Afro-Fusion Star and Songwriter who is bent on leaving a mark on the music radar.

The jorley crooner later this year is set to climax the year with a concert and an EP launch dubbed Rebel Explosion which features artists such as Real Apaatse, Offei T-Bag among others at the Royal Majesty hotel.

Known for his energetic stage presence, the jorley hitmaker who is known for songs like Maamli, Naadu, Medusa, etc" over the years has garnered massive attention and support from fans which have led to the formation of the Rebel Life Movement is well-positioned for exploits in the coming years.