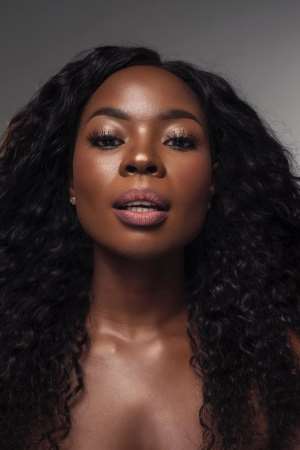 Better known by her stage name "Lady Nam", Nambitha has successfully carved a niche for her self as one of the most successful women from South Africa and largely across Africa.

Nambitha started her acting career in a popular South African TV series "Doubt" where she played the role of a bitchy sister of a man who was arrested for the murder of a stripper.

Since then, she has starred in several local and blockbuster international movies such as Black Mirror,

date an American with a mental disorder which adorned over 5 Million views for each episode and easily one of the most watched TV series in 2020.

Lady Nam is a talent, who, through her impactful roles as an actress, has stolen the hearts of viewers across nations. In a bid to further expand her root in African growing entertainment niche, the talented actress in a recent interview revealed her plans to join Nigerian bustling film industry.

"Nollywood is arguably the largest and most successful film industry in Africa. They have produced some of the internationally recognised actress we all look upto today such as Genevieve Nnaji, Rita Dominic, Jym iyke and a whole lot of them. It will be an honour to feature and similarly have a breakthrough in such unique industry", she said.

Quizzed on her favourite role as an actress and one she will like to get featured in, she added: 'I don't have preference on any particular role I would like to play. As an actress you must learn to be versatile and ready to adapt quickly. I have played several roles in most of my movies though I prefer the "Bosslady" chick who likes to take the lead and have men roll to her".

Lady Nam's unique personality and obvious beauty may have easily stand her out among her peers, her acting prowess has not gone unnoticed too as she has earned lots of recognitions and honours.

She was most notably hand-picked by A-list singer, Beyonce, in 2019 to star as video vixen for her record breaking music album, Black is king.

Nambitha who will be introduced to the industry by popular Media house and content distribution agency, Afliktv, has no doubt got the talent and we can't wait for her to hit the ground running in the ever competitive Nigerian film industry, Nollywood.

Akufo-Addo directs CJ to look into petition for Jean Mensa’s...
21 minutes ago