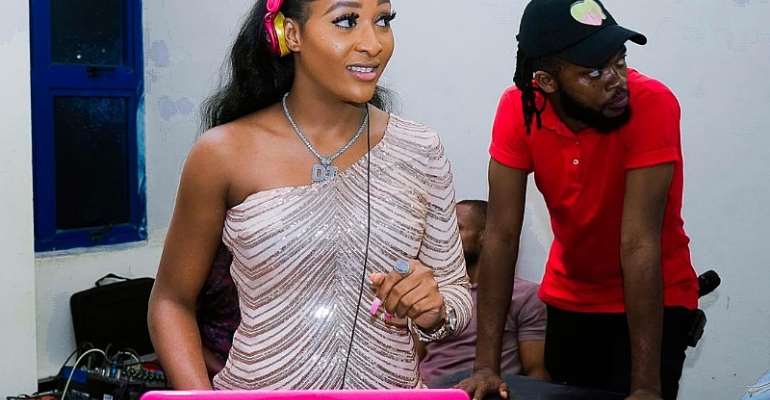 Nigeria-Africa fast-rising premium entertainer DJ Barbie, has been pronounced as Africa's No.1 Female Disc Jockey at the Ecofest musical concert held in Freetown, Sierra Leone. She was declared the best Africa star after an amazing, impressive and historic performance alongside Tanzania super star "Diamond Platnumz".

According to our correspondents in Freetown, the 45,000 capacity stadium was completely filled-up. Nigeria DJ Barbie, alongside other international entertainers from across Africa nations were at their best to make the epoch concert worth awhile.

The Nigeria star and Award-winning DJ in her regular routine made the crowd go wide as she vamped the event with her creative vigour, dancing stunningly as she magnetized her magic fingers on the wheels of spin, throwing the crowd aback. According Barbie who spoke with StatePress, she described the concert as eventful, filled with fun and would remain a memorable experience for her.

Ecofest musical concert which is an ECOWAS musical event which has been hosted in Sierra Leone for the second time. The show which was held on the 30th of November featured several Arts from different African countries. It is concert, which is organized by ECOWAS to encourage the music industry in Africa and unite Africa nations

Police beef-up security at traffic intersections over daylig...
1 minute ago