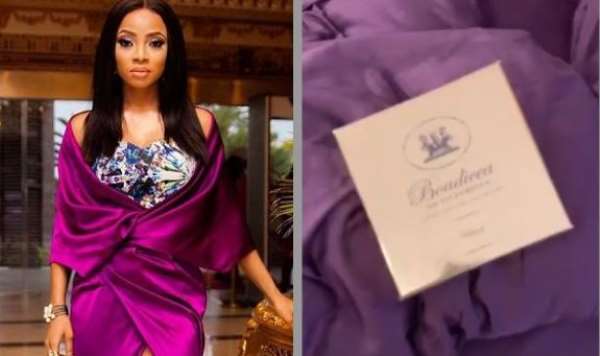 One of Nigeria’s controversial on-air-personality, Toke Makinwa, who has been before married now revealed that she needs a man that will take her shopping as she took to her Insta-story to show off an £825 (N405k) perfume she got from a secret admirer.

With this gift well accepted by Toke, there is every tendency that she might have to accept the dude secretly to see if things can work out between both of them.