Why We Excelled in Living in Bondage -Paulo

By Franka Nwusulor For Http: 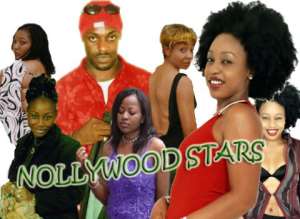 In 1992, Okey Oguejiofor a.k.a Paulo laid the foundation for the present day Nigerian movie industry, Nollywood, when he shot 'Living In Bondage,' a film where he featured as 'Paulo.' In an exclusive interview with CORRESPONDENT, Franka Nwusulor, the pioneer producer/actor speaks on the experience of venturing into the virgin industry; the pain, the gain and the future of the entertainment industry. Excerpts:

You appear very sincere and humane unlike the role you played in Living in Bondage.

I'm a very shy person. The character of Paulo does not in any way define me. I played that role because there was no one else that could play the role. I believe in patience and hard work unlike Paulo who wanted to make it by all means. Paulo was a ritualist who heartlessly killed his family members for money. He was also a deceit who lured and deceived his friend into ritual killing without coming out straight at first.

You produced the first film in Nigeria; Living In Bondage. When you were creating the film, did you have an idea that Nollywood was going to be as big as this?

To be honest, I did not have the faintest idea that I was creating history and that Nollywood would be a world acclaimed phenomenon. I thought it was going to be an eastern or Nigeria thing. I didn't know that it would out stage celluloid. I just knew that I was making money and creating the opportunity for others to make money. Then, my idea was since I didn't have money to make a celluloid film, which was so expensive and needed a lot of capital. I said ok, I could use an ENC camera, Electronics Newsgathering Camera, to do the film since both of them tell stories. I just said let me try that as an experiment and see how it would work out. But I'm not surprised it turned out big because every good idea will always be handed down from generation to generation.

Comparing then and now, what would you say about the industry?

What I would always say is that no matter how bad your son is, he is still your son, you cannot disown him. He may not be behaving the way you want him to behave at a particular time but you cannot say that he is not your son. The industry, as it was when we started it, has moved from that first stage to the second stage where it became an all comer's affair, where every body came into it and people began to put up five, six films in a week. That second stage has crashed now, and the industry is about to witness another level, which is the third level and this one is a catalyst. It is either you play in this one or you are out of it forever. It is either we come to the level where Bollywood was in those days or we are heading backwards where it was before I began the industry. This involves a change; a change in the production quality, a change in the directorial ability, a change in the actor's performances, also a change in the corporate financing because it has always been an individual thing where people deep hands in their pockets and borrow money from their uncles, brothers, and sell properties in order to make movies.

But now I see corporate bodies coming into it and Government itself is getting ready to take the major stake because what Mr. Emeka Ani, the DG of Film and Censors Board, is doing now is sure to open the industry for corporate bodies to play. When this happen, then quality is ensured and every boy is regulated. Also, you cannot produce and sell movie any how because then the viewers will begin to ask question about what they buy. For now, what the viewers see is what they buy. Some times, they are cheated, and some other times they are not, but then nobody cares. But comparing when we started and now, I would say that, now is better.

So, how did you get the experience of going into production then when it was a novelty?

Well, as a very young man, I knew that I would be successful in life. So when I went into university, (University of Jos), I went there to read Law but I had a serious accident that kept me at home for quite some times. I broke my legs and I had to defer my admission for one year. During my recuperation, I found it had to stay idle so my uncle in Jos told me to enroll in NTA Jos, where they were offering courses in Theatre and Movie for one year, after which I could go back to read Law. I went there, did the exam and was admitted. I saw that this was what I actually wanted to do because every facet of production, directing that we were taught I came out tops. So when I left school, there was this burning need in me to begin to use my knowledge to make movies. So I went to all my friends and uncles but they could not raise the kind of money I needed, which was why I was in the street for years, hawking, so I could raise money until somebody directed me to Kenneth Nebo. And we then made the movie Living In Bondage, which he sponsored. While we were in school, I happened to have worked with the BBC crew who came to shoot the film called Soweto. After that, they also shot another film called Mr. Johnson. So I had a little contact with celluloid, which I now brought to bear with digital camera. It was that particular change that threw off Nollywood.

About The film Living In Bondag:

I took a film called Realities to Kenneth Nebo, which is what I did in the second film called Circle Of Doom, but he said; why don't we do a film about how these young men make money but then he was skeptical about producing such film and the implications but I told him to leave it for me. There is an adage that a young man who is down fears no fall so I wasn't afraid of developing the story line. We began the sequence outline, which was not really what you call scriptwriting now