Don Jazzy Is Not Dead; I Am Alive And Well 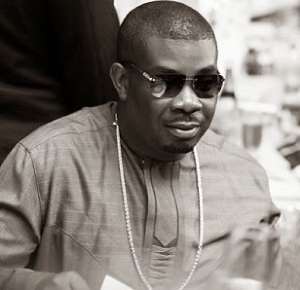 Recently a report went on the internet claiming that producer and Mavin record boss Don Jazzy had died in a tragic car accident. The said poster went into detail about the so called “death” writing that Don Jazzy was rushed to the hospital but did not make it.

Don Jazzy took to his own social media page today to share a screenshot of it the write up and assured his fans and those who might have seen the report that he is alive and well.

Don Jazzy has said it all, he is well and alive and the story about his death is false.