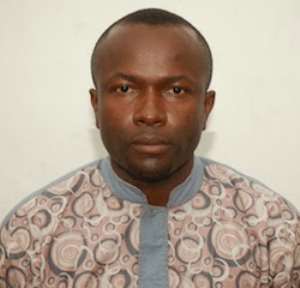 Callistus Ewelike, a photojournalist with the News Agency of Nigeria & current official photographer of President Jonathan was reportedly shot at close range in front of his house in the Nyanya area of Abuja around 10pm on Monday January 13th.

Callistus, who is attached to the State House, Abuja, was said to be on his way home from work when he was attacked. Sources in the area where it happened said two men, one on a bike and another standing were noticed in front of his house waiting for him. As Callistus made his way into his compound, the man standing by his gate walked up to him and shot him at close range on the neck. Both men fled the scene immediately after the shooting. Callistus was rushed to the National Hospital where he is currently receiving treatment.

This is the second time the NAN photographer and father or two would be attacked. Gunmen forced their way into his home late last year where they took his camera, laptop and other work tools.

Ya-Na commiserates with Mahama
12 minutes ago