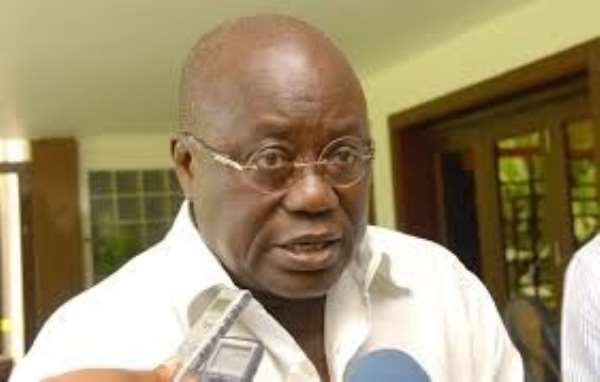 “The virus is the enemy and not one another.”

Last Sunday night, Ghanaians were subjected to yet another national broadcast on Covid-19. If the quotes above give off a whiff of plagiarism, the question that should naturally follow is: Who is doing the plagiarising? Elementary, my dear Dr. Watson! No marks for getting the correct answer…The answer has been trending on social media.

Mr. Cathedral rode into office after Election 2016 boasting to deliver on all sorts of goodies promised during his campaign period. But instead, even before he had settled in to appreciate the enormity of the office he had taken over, he had drawn a proselytising sword, like some Middle Ages crusader, to push through his agenda of Christianising the entire multi-ethnic, multicultural, multi-faith secular state that has defined Ghana since independence. This defining character was entrenched three years after independence when Ghana became a Republic on July 1 1960 doing away with Queen Elizabeth II who as Head of the Church of England, was no longer our Head of State and therefore any vestiges of Eurocentric theocracy was severed once and for all…It has served us very well and fostered the peaceful coexistence of the different faiths in Ghana. But Mr. Cathedral now never misses any opportunity to poke the eyes of other faiths with his constant bleat of Ghana being a Christian state. Actually, it is NOT!

Mr. Cathedral made the building of a “national” cathedral the signature project of his mandate, but last Sunday, he more or less, confessed to the folly of this hubris. Covid-19 had brought him down to earth with the reality that the priority of priorities is the construction of hospitals, clinics, health centres and related facilities, as wisely pursued by his predecessor, not cathedrals!

As so often happens, when a self-deluding politician has blundered, it is not contrition he resorts to, but hyperbole, as his face-saver. In this case, Mr. Cathedral announced that he would build 88 hospitals across the country, but why did he squander four years refusing to continue or even publicly acknowledge the hospitals and clinics started by the man he took over from? Some of them were near completion, some were completed but never put to their intended use.

Eighty-eight hospitals! That is a very tall order. According to those who know such things, the maths simply does not add up. This is how one such savant summarised it: “President Akufo-Addo says he wants to build 88 hospitals. Find attached the 2020 budget as approved by Parliament and captured in the appropriations act [Not included in this commentary]. The approved amount for health infrastructure is ¢44,396,929 million cedis. Divide the total figure by 88 hospitals and you will realize the president intends spending about ¢500,000 to build just One of his ‘ultramodern hospitals’ within the said 8 months. What standard is that going to be? The king is naked Again!!!!”

But perhaps a way can be found. It is possible they can see in Covid-19 a true Act of God and for which reason they will scrap the cathedral and utilise the funds earmarked – US$100 million plus – as seed capital for the hospitals. God would most definitely bless such a moral and ethical use of His exalted Name. It is now left to be seen whether they can rise to this higher calling and do the right thing, for as we all know, cosmetic expressions of sanctimonious piety hardly find favour with the Lord. All the Great Holy Books are unanimous on that one.

88 itself is such an unfortunate number and I wonder why they decided on that figure. (Internet Fact Check: “Neo-Nazis use the number 88 as an abbreviation for the Nazi salute Heil Hitler. The letter H is eighth in the alphabet, whereby 88 becomes HH. Often, this number is associated with the number 14, e.g. 14/88, 14-88, or 1488; this number symbolizes the Fourteen Words coined by David Lane, a prominent white supremacist”)

It is not for me to provide any interpretation here. All that I can say is that, t his does not look like an auspicious beginning to Mr. Cathedral’s hospitals! Another thing: I am finding it very difficult to shake off a deep-seated gut feeling of insincerity regarding Mr. Cathedral’s handling of this Covid-19 thing. As I said, it is a gut feeling, but he has come across to me as someone milking and massaging it for partisan political gain. A fertile imagination? Perhaps. But I am almost certain that some action may be taken in the coming week or two to downgrade Covid-19 to get Mrs. Jean Mensa and Dr. Ken Attafuah to roll out their Election 2020 masterplan of winning the election for Mr. Cathedral even before a single vote has been cast…A gut feeling – yes, but already: 1) Contempt shown by the EC against the injunction placed on its activities and subsequent publication of a timetable to commence its controversial new voters register, 2) The government’s shamefaced “sankofa” to Mahama era health projects with claims that they had not been abandoned and 3) Election 2020 even right now may already have been compromised through NIA Ghana Card registration. If the EC in its febrile preparation towards a new register is allowed to get away with it, the outcome would be the icing on the poisonous cake baked by the NIA.

I am worried. Nana Kofi Coomson sounded the alarm a few years ago about Mr. Cathedral and honestly, my insomnia is increasing by the day…It is now universally accepted that one of the leading causes of violent breakdown in many a developing country is election-related. Can’t Jean Mensa and Ken Attafuah see the precipice they are leading us to with their acquiescence to a blatant cheating strategy? As we pray for Covid-19 to leave us alone, we must also pray constantly for the EC and the NIA to do the right thing and save Ghana from the trauma of election Armageddon…