Migration in The Midst of COVID 19 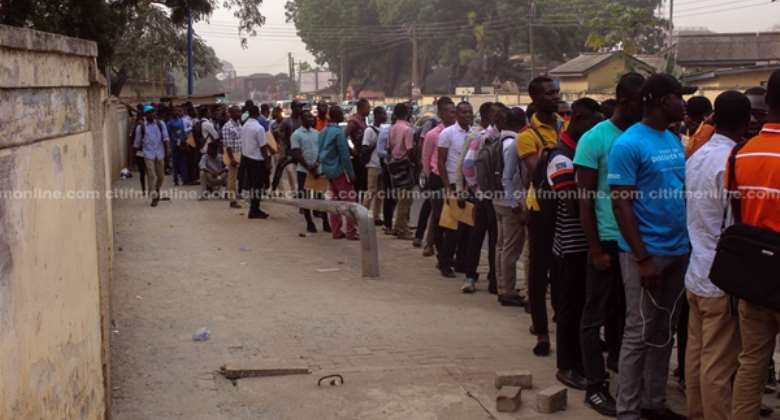 The outbreak of the Coronavirus pandemic (COVID 19) has resulted in countries locking down and closing their borders to their citizens and migrants, this has become necessary in order for every country to control the spread of the virus. Some countries have gone further to repatriate their citizens from other countries in order to ensure their safety, others could not afford such an intervention leaving their citizens to their fate.

Few days ago, one of the popular hip life musicians in Ghana, Sarkodie who is currently in the United States of America because of the lockdown appealed to the President of Ghana, His Excellency Nana Addo Danquah Akuffo Addo to reconsider his decision of closing Kotoka International Airport in order for Ghanaian citizens who are currently on a visit to other countries to return back home. Another Ghanaian artiste Pappy Kojo is also stuck in Italy due to the pandemic and has been hoping that the airport is reopened for him to return.

In Panama, Revelers from different countries attending a two-week beach festival on a beach dubbed “Paradise on Earth” have had to experience “Paradise on Hell” due to the pandemic. Most of these revelers had the worse experience when the government of Panama closed the country’s airspace and locked the borders to fight the virus.

Countries whose citizens have been affected by this decision have tried to evacuate most of their citizens whiles others are still held up at the beach resort waiting for the government to open its airport and borders for them to return to their countries of abode.

The President of the United States of America has been reported by the BBC to have halted the applications of foreign nationals seeking permanent residence in the US because of the coronavirus crisis. The President is said to have taken this decision in order to protect US workers who have lost their jobs during this pandemic.

In the United Kingdom, The Independent newspaper has reported that undocumented migrants are dying because they are afraid to seek help. The newspaper published a story of a Filipino man who died of a suspected coronavirus case because he failed to access medical care for fears of being reported to the home office.

To help undocumented migrants, the newspaper reported that some MP’s have written to the health secretary to immediately suspend charging for such people and all associated data sharing and immigration checks which they claim to be undermining government’s efforts to respond to the pandemic.

For Africans domiciled in China, there have been videos and news reports on social media and on some news websites of Chinese authorities harassing and treating them inhumanely. According to such reports, some Chinese believe that Africans are responsible for the spread of the virus. The actions of the Chinese have also led to citizens of some African countries retaliating and treating Chinese nationals in the same way.

In Ghana, there have been reports of some foreigners infected with the coronavirus escaping quarantine, there was also the story of some foreign nationals who were arrested trying to cross the border after the government had closed it and passed a law to arrest and prosecute anyone who flouts the orders.

According to www.schengenvisainfo.com , the Schengen states may require a negative COVID 19 test results of applicants before they are issued with a visa to visit the Schengen area.

The website quoting an EU official said travelers may be required to be vaccinated in the future in case a COVID -19 vaccine is found.

Even though the EU has given an insight into a post Corona Europe in relation to traveling and migration, other countries in the West are yet to make any decision on migration. The decision of the EU if agreed by member states is likely to influence other Western countries in the way they handle migration issues, this is so because no country would want to experience the havoc and economic mess caused by the deadly Coronavirus.

The pandemic has caused more havoc to the world and humanity, it has restricted movement of human beings from one country to the other, people have lost their jobs and livelihood, others have been denied entry into their own country, the death rate of infected people keep on rising and this has also resulted in governments all over the world enforcing stringent laws to protect its citizens and migrants from the effects of the virus.

Migration and international travel will never be the same after the extinction of Corona virus. Governments all over the world will ensure tighter restrictions to the movement of citizens and visitors in order to avoid a recurrence of the pandemic.

Mustapha Jimah.
[email protected]
The writer is a former consular officer at the Netherlands Embassy in Ghana and currently the CEO of Musjima Ventures. His interest is in travel matters and migration issues. For enquiries call or whatsapp me on 0262677946.