President Akufo-Addo's Latest Decisions Show He Has One Priority: His Political Interest 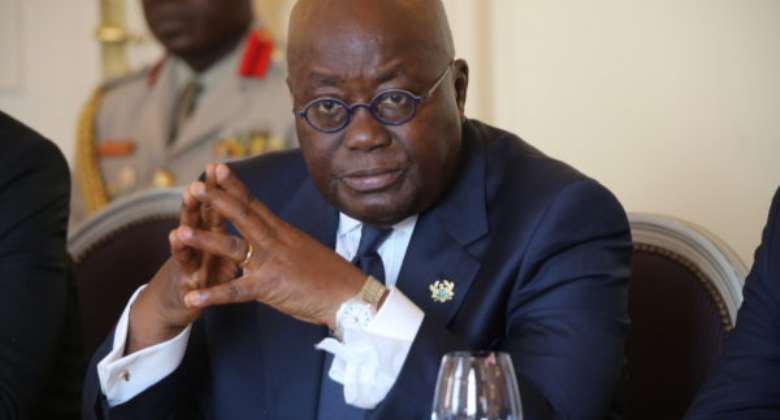 After the President's address last night, i received a number of messages from friends across the divide who wanted us to discuss the content of his address as we usually do especially after I have posted those long articles of mine. I deliberately refused to engage them because of the state I found myself (mentally). Yes, I was one of those who called for the lockdown but at the same time, was very concerned about the welfare of the poor and the vulnerable hence, the passion I attached to discussions about the food distribution to the poor in the locked down areas. When it comes to political decision making, rational choice theory is the most commonly used theoretical framework to explain decision-making process. Basic assumptions of normative rational choice are that individuals have coherent set of preferences, gather the necessary information to reach an informed decision, evaluate alternative actions, and choose actions that are optimally related general beliefs and values. The President's address last night shows that the rational choice approach is confronted to a paradox. His decision making, from all indications virtually never follows these principles. He lacks consistency in his opinion about the covid-19 fight, uses information incorrectly, seems over confident in his own choices, he fails to adapt existing evaluation in light of new information furnished him, draws unwarranted conclusions from insufficient data, and expresses jaundiced opinions. It is now becoming clearer that most decisions and measures being taken by the President and his government are designed to protect the President and also, give him political advantage over his political opponents.

The President has shown that he only prioritises himself and his party when taking decisions or measures and in the process deceive the vulnerable into thinking he cares about the masses. I don't expect his admirers and supporters to admit it because doing so would mean admitting their mistake of admiring or supporting him in the first place. The rising tide of this administration's populism is becoming a problem and I will recommend Erich Fromm's book, Escape from Freedom to my readers. When anxiety gets to its apex, the masses latch on to authoritarianism and conformity and that is exactly what we witnessing under this administration. The decision announced by the President, was a well thought out propaganda tool to deceive the masses and suffocate the opposition. They know it will be difficult for the opposition (pro-left) to unveil the abnormalities in the decisions because of its ideological principles and virtues. "Condemn the decision, and the poor who have been calling for the removal of the lockdown will rise up against you". That is the core philosophy behind the President's decisions announced last night. The consequences of that hastily packaged decision is not their concern. Their major interest is the political gains the decisions bring. When the Covid-19 fight began, government told us will heed to all W.H.O directives and measures. The World Health Organization has warned "don't lift restrictions too soon". It warned that any premature lifting of restrictions imposed to control the covid-19 pandemic could lead to a fatal resurgence of the new virus. This warning did not come from the opposition parties, it came from the organization government assured us will heed to their covid-19 fight counsel.

Apart from the the W.H.O , majority of our health experts also warned government not lift the restrictions at this crucial point. The WHO, recently announced that it was working with affected countries on strategies for gradually and safely easing restrictions. Can the government furnish us with information suggesting that it took its latest decision in consultation with the World Health Organization? Yea, I know that some European countries have started easing their restrictions. But these countries imposed nationwide restrictions which enabled them monitor the disease's spread and transmission effectively. Here in Ghana, it was a partial lockdown and unfortunately for us, we started recording positive cases in some of the unlocked regions and the danger is: over 60% of the new cases were not foreign imported as had been the case. A mango seller was tested positive, and do we know the number of people this mango seller dealt with? People who were kept in our isolation centers escaped and were later found, our testing and contact tracing method are still inefficient and ineffective so, why this hasty conclusions and dangerous decisions.

Sure, our brothers and sisters whose livelihood was been affected by the lockdown, owners of businesses etc wanted government to lift the restrictions. But before government does this there should be mass testing, proper and abundant equipment for our frontline workers and solid protection measures for the citizenry especially, the most vulnerable. The truth is that, even in some part of the Eastern Region, the people braced up for a possible lockdown because of recent recorded cases. People were beginning to see the severity of the disease and were ready to cooperate with government. What we all praying against is escalation of the disease because, any surge in new cases could cause more destruction across all sectors of the economy.

Some health experts have warned African governments to take effective measures to curb the spread because of possible surge of new cases. They have hinted that Africa could soon become the epicentre of the crisis ( God forbid anyway). This is the reason why our government should have avoided the tendency to overreact at this crucial point.

Basing our decision on happenings in Europe and elsewhere is wrong. Several Asian and European countries where governments have eased restrictions have been successfully curbing their covid-19 pandemics through a combination of large scale testing, effective contact tracing, isolation and quarantine. Can we say same here? We have no option per the current trend but to adopt a more aggressive social distancing measures, large scale testing, effective contact tracing method so as to curb the pandemic below our health capacity system in case it the cases jump.

THE INCONSISTENCIES AND CONFLICTING DECISIONS:

It is worthy to note that our President and his government's actions and inactions made the pandemic worse. They wasted precious time fighting political opponents and manufacturing propaganda theories to respond to good counsel, suppressed information and branded all who criticise their approach to fighting the pandemic as doomsayers.

According to the President, he relied on science and data to take the decisions. When the reported cases was below hundred, he imposed the partial lockdown. When we recorded 442 cases, he extended the partial lockdown by one week. At 1042 as announced by himself and his prediction that we are likely to see an increase, he decided to lift the lockdown. I am still going through Newton and other scientists theories to understand his confusing theory.

According to the President, restrictions on religious activities, mass social activities and schools remain operational. But also ridiculously announced that citizens can move out freely. Isn't that confusing? We know what happens in our market centers. Is the President telling us that it is safer to enter our markets than attending church or visiting the mosque?

What about Electoral commission's voters' registration exercise, the NIA card registration and other political activities.

NOTE: THESE ARE MY PERSONAL VIEWS
Author : Ohenenana Obonti Krow