Pardoned 808 Prisoners To Be Freed Today 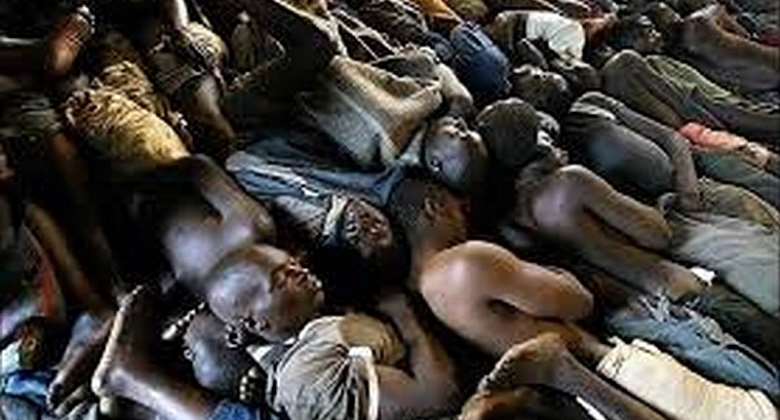 The Ghana Prisons Service has activated the process for the release of the 808 prisoners who have been granted amnesty by President Akufo-Addo.

“The list has gone to the stations and they are doing the documentation and then release them,” the Chief Public Relations Officer (PRO) of the Prisons Service, Mr Courage Atsem, told the Daily Graphic in Accra.

Although he could not give figures, he said his “checks are that all those granted amnesty at the Nsawam Medium Security Prison have been released”.

He said the release of the prisoners depended on when the documentation would be completed.

“It depends on how far the officer in charge and his team are able to do the documentation for the release, but I believe that by now a lot of them have gone out,” the PRO stated.

The amnesty
On Thursday, March 26, 2020, President Akufo-Addo granted official pardon to 808 prisoners based on the recommendation of the Prisons Service Council and in consultation with the Council of State.

A statement issued by the Director-General of Prisons, Mr Patrick Darko Missah, explained that the list included 783 first-time offenders who had served half of their sentences, 11 seriously ill prisoners and three aged (very old) prisoners.

Process
Explaining the process for the release of prisoners granted official pardon by the President, Supt. Atsem said: “When the President comes with the list of inmates who have been granted amnesty, the Prisons Headquarters submits the list to the various stations for them to implement the amnesty.”

“The stations have to check their records to be sure that they are releasing the right people,” he added.

Details
Providing further details of the amnesty, the PRO said those whose life sentences had been commuted to 20 years would have their 20-year sentences take effect from the time the amnesty was granted.

“It means they will now start afresh,” he said.

He said per the law, for one to qualify for amnesty from death row to a life sentence, that person might have done at least 10 years on death row.