Fear of giving birth alone in France during Covid-19 epidemic 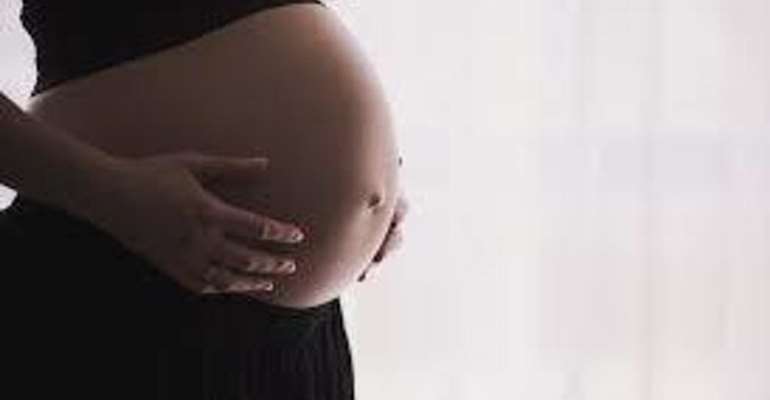 Due to the coronavirus epidemic, protocols for prenatal care and childbirth have been changing daily, and the uncertainty is weighing on future mothers, who wonder if they will have to give birth alone.

I recently had the shortest doctor's appointment of my life.

On Monday I went for a sonogram, my third, and last, before I'm due to give birth in May.

The doctor had taken some extreme measures so that we would spend the least amount of time together as possible, to avoid any potential coronavirus transmission, even though we are both healthy (so far).

I arrived in front of the doctor's building, alone, as per the instructions sent to me by the online platform managing the appointments. I waited outside until the doctor called my mobile phone. The waiting room is small, and he wanted to make sure only one patient was inside at a time.

Once upstairs, I left my coat and bag on a chair outside the examination room. The doctor, wearing a disposable, white medical gown, his face wrapped in a surgical mask, asked me to lie down. Normally chatty, he warned he would not talk to me until after he was done with the scan.

He had me stand on the other side of the room as he wrote his report, and I then walked down the stairs, the results—everything normal—in my hand. The whole thing took ten minutes.

I went home to show the images to my partner. Normally we would have gone together to this appointment to see our future child. Instead, the experience was isolating, antiseptic and transmitted through layers of medical gauze.

Safety protocols
The doctor said he had come up with the protocols for his office on his own, based on the distancing and hygiene measures encouraged for everyone, especially for those in the medical profession, during the coronavirus epidemic. He told me that he has thought about closing up his office and leaving Paris to spend the confinement by the beach, away from any risk of infection.

But he is still working, as are doctors, midwives and nurses who continue to provide prenatal care for people getting ready to have babies in the days, weeks or months to come.

The French public health system covers prenatal care, including three sonograms, seven monthly prenatal examinations with a doctor or a midwife, a consultation with an anesthesiologist during the eighth month, and eight birth preparation classes.

Some of these consultations, for low-risk pregnancies, can be done via video conferencing, which is increasingly being used for medical appointments during the coronavirus crisis.

But some, like sonograms, are not possible to do remotely, and some tests are time sensitive, and cannot be postponed to when the health crisis is lessened.

Fears of giving birth alone
Hospitals around the country, notably in the east and in the Paris region, are struggling to keep up with patients flowing into emergency rooms with respiratory and other problems linked to their infection with the Covid-19 virus. Medical staff in maternity wards are trying to reduce their own exposure, but it is difficult to know who has the virus because of its long incubation period.

Mothers who are infected are isolated and are for the most part giving birth via Cesarean sections, partly to avoid the spread of the virus, but also because the disease affects the lungs, making a vaginal delivery difficult for someone with trouble breathing.

But even those without symptoms are subject to extreme distancing measures when they give birth. Some hospitals have banned fathers and partners all together, a move that has worried a lot of new mothers.

The French health ministry on Tuesday weighed in on the question of whether fathers should be allowed to be present during labour, and it follows the recommendations published by the French national college of gynecologists and obstetricians, which itself took inspiration from procedures put in place in hospitals in Alsace, the region in France most hit by the coronavirus epidemic.

The ministry recognises that giving birth in "serene conditions benefits the well-being of the mother during the post-partum period", and supports the presence of a partner, "under certain conditions".

The guidelines state that the father can be present during "active labour", and stay until two hours after the birth, after which time they must leave the hospital, leaving new mothers to recover in maternity wards alone, with no visitors.

The college also recommends women be discharged as soon as possible. New mothers and their babies usually spend two or three days in hospital after birth. Today they are being sent home within 24 hours, if everything is going well.

Anesthesiologists, who have been called to care for Covid patients on respirators, have said they will continue to try to provide epidurals for women in childbirth. France has one of the highest rates of epidurals during childbirth in Europe, with 77 per cent of women giving birth naturally receiving one in 2010, according to the national institute of health and medical research.

One option to avoid the isolation of a hospital maternity ward appears to be a home birth, but it accounts for fewer than two percent of births in France and is not currently being encouraged by the medical profession. Two gynecological organisations have warned against planning for home births during the epidemic because emergency services are already stretched thin, in case of problems.

Emotions running high
The ministry's weighing in could help to quell some of the fears brought about by uncertainty, which adds to what can already be a fraught emotional process.

“I cannot accept the idea of giving birth alone, and I can't stand people who tell me it's normal, and that it's for everyone's security,” writes one woman in a Facebook group. Another writes: “This health crisis we are living through is profoundly dehumanising”.

One blogger wrote that though the government is treating this epidemic as a war, even during wartime “women are not asked to give birth on the front”.

For now I am keeping my own emotions and fears in check, as I am not due to give birth until the end of May, and a lot can change between now and then, for the better or for worse.

For those getting ready to give birth today, tomorrow and in the weeks to come, there remains uncertainty, combined with moments of joy, as the so-called “coronavirus generation” emerges, one birth at a time.