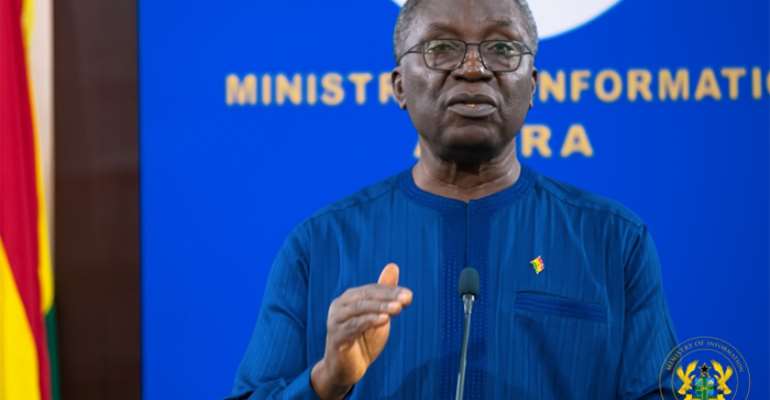 In his place, the Minister of Lands and Natural Resources, Kweku Asomah-Cheremeh, has been asked to Chair the IMCIM.

The Head of Public Relations, Lands Ministry, Abraham Otabil, in a telephone conversation, confirmed to this portal, the appointment of his sector minister as the new chairman of the IMCIM.

The Committee was formed in the wake of the anti-galamsey war waged by the Akufo-Addo administration, leading to the seizures of several mining equipment including excavators.

It is unclear why Prof Boateng had been asked to vacate the post.

A few months ago, he infamously announced that most of the seized excavators from illegal miners had vanished.

Some six persons including some NPP members were later arrested in connection with the messing excavators.

The committee is made up of Ministers of the following ministries; Environment, Science, Technology and Innovation (MESTI), Lands and Natural Resources (MLNR), Local Government and Rural Development (MLGRD), Chieftaincy & Religious Affairs, Regional Re-Organisation and Development, Monitoring and Evaluation, Water and Sanitation, Interior, Defense and Information.

Mankarigu Health Center temporarily closed down after attack...
30 minutes ago