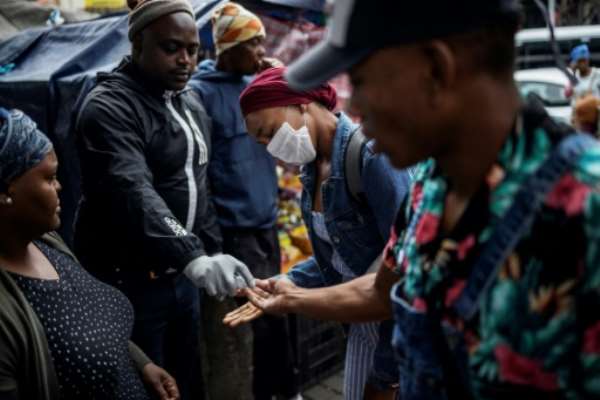 There is a new religion, a new world religion. This religion has suddenly taken over from various religions. This new religion is an umbrella religion that encapsulates others-African traditional religion, Hinduism, Judaism, Christianity, Islam, and Bahai. Even the non-religious outlooks subsist under its shade and cover.

The new religion has members of these religious faiths as followers and adherents. It includes all religious minutiae but to the extent that they accommodate and abide by the new injunctions. It is not a matter of choice for other religions and ideologies to align with the new religion. All religions must and have to abide by the doctrines of this faith regime, the common-sense religion. Some may wonder if commonsense and religion go together. Yes, they do because the creators of the old religions, religious worshippers and religious entrepreneurs are common-sensical beings.

Each religious tradition fights to prevail over others, to foist its uncommon-sense on others, or make its uncommon-sense the uncommon-sense for all. The history of religion is a history of successions, of substitution of one religion by another, of one uncommon prophet, message, book, place, and style of worship by another. Incidentally, these competitions have only yielded limited results. The quests have fallen short of total domination. Thus existing religions have strongholds, that is, regions of the world where they are dominant. From their strongholds, in the east or the west, in the north or the south, they try to advance and to dominate the world. They try to make their particular uncommon-sense the uncommon-sense for the world. That is until a global threat emerges or a pandemic such as a coronavirus occurs. These religions retreat. They sheath their swords and close ranks to confront the common enemy. These religions behave as if they never quarreled, attacked or shot at each other. They cooperate and forge alliances to find a solution; to get rid of the enemy.

As soon as the threat is neutralized or the problem is resolved, the old religions return to their various uncommon-sensical battlefronts and the fights resume all over again. That is the cycle of religious common and uncommon-sense. The coronavirus has forced a religious ceasefire. COVID -19 has become the code word for a global religious truce, and the new religion, the common-sense religion.

The common-sense religion is now the world's religion. African traditional religionists observe it. Jews, Christians, and Muslims profess it. Hindus, Shintoists, and Buddhists abide by this religion. The pope and the Ayatollah submit to it. The Sheikh and Rabbi, the Ifa priest and bishop, whites and blacks, Africans, Europeans, and Americans are all members of this new religion.

All that is being observed across the world including the washing of hands, no shaking of hands, ban on hajj and religious services, removal of holy water from the churches, wearing of medical face masks, working, praying and studying from home, etc are all teachings of the new religion. They are common-sense religious rituals. The prophets of the new religion are scientists, doctors, and researchers. Their advice and instructions are the new revelations. The new churches and mosques are the laboratories and research centers.

However, the new religion is a contingent phenomenon. It appears when there is a global threat and disappears when the threat that caused its emergence expires. The common-sense religion holds sway as long as the threat is out there, as is the case now with the coronavirus. Thus as the new prophets try to find a cure or vaccine for COVID-19, the common-sense religion holds sway.