The Paradox Of A Northern Politician 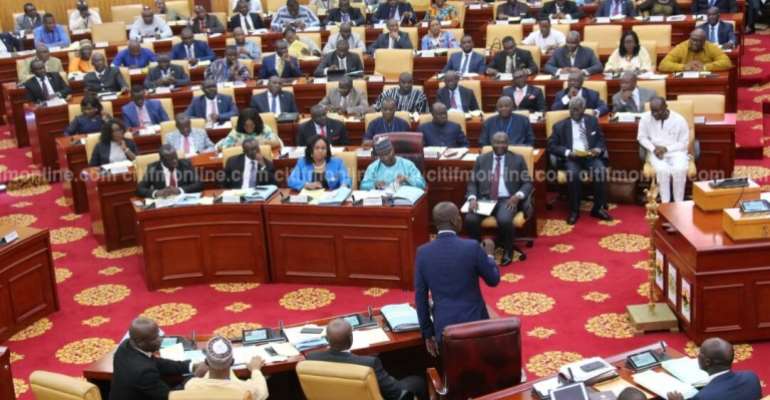 The South is best understood as an exceptional region inside Ghana, with a unique political and cultural milieu birthed by the intersection of progress and development. This region has created the best of productive citizens, if not excellent to say. This pictorial description of how to flourish the South is is due to the character and behaviour of the inhabitants of the place who drive policies in the day-to-day affairs of the place. These people, normally politicians, have a broader outlook of issues regarding the development of the region than any other person. The catholicity of Southern political leader is the direct opposite of what we have in the north here. The Northern political drivers are bravely egoistic to the people they serve, they (northern politicians) only show concern whenever they need the people to execute a political decision in their favour and that is bad of a society with a greater Muslim population which preaches righteousness and practise selfishness.

Whiles the Southern politician uses its hospitality coupled with humanitarian values learnt from the north to raising the youth in various spheres of human endeavours, most of the Northern politicians rather use their organisational superiority to colonise the youth and the ageing population. This colonisation syndrome is not set up for the benefit of the colonised but to exploit and make money from them and their resources. The Northern part of Ghana have ailing issues that are caused by people; most especially, politicians from the north. These include and not limited to low levels of education, poor water quality and lack of appreciable infrastructure for the very limited number of doctors to work in.

In the northern enclave, citizens are always at war with politicians because of neglect and corruption-related matters. The bane of corruption by politicians have made monies earmarked for development not to reach the people who need it most and spending on areas such as education and infrastructure may be insufficient. Corruption by political leaders is intentional and deliberately targeted to cripple the upcoming generation who are hell-bent on challenging the status quo. With that, the politician withholds funds meant for the educational development of the people so that no one has the knowledge to be able to intelligently question the status quo and to better provide an alternative representation better than what they are currently experiencing.

I know for sure that people value different things as a priority going forward just like political regulators of both South and North do. Most politicians in the North value the joy of the people sitting under politically constructed canopies playing ‘OWARE’ above having more money, more education, or even better health. Those politicians are ever ready to replace worn-out games played under those constructed canopies but never at ears to the cries of the unemployed youth among them. What has the people of the north done to deserve such treatment from the very people who grant them power?!

My advice as a disappointed but focused young politician is: Don’t just sit down there waiting for a politician’s favour. They (most politicians) have disappointed trillions of people, even revered chiefs than you can imagine. Get something doing, no matter how small it might be and be focused.