An Upcoming Homosexual Conference At The Precincts Of The National Cathedral In Accra: When Evil Sodom Aims To Conquer Holy Jerusalem 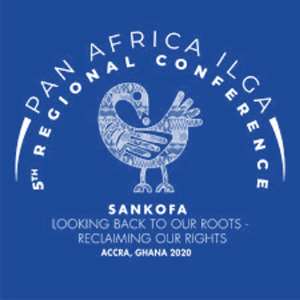 The Ghanaian detest for homosexuality has attracted national discourse for some time now. The debate heightened last year when the Ministry of Education (MoE) and for that matter the Ghana Education Service (GES) attempted to introduce Comprehensive Sexuality Education (CSE) into the educational curricula in Ghana. The discourse so far has pointed to the direction that on grounds of their cherished culture and respect for God, Ghanaians abhor homosexuality. The abhorrence for the evil practice cuts across the various religious sects (Christian, Islamic and Traditional) in the country. As such, most of the people wish that the current President would speak out boldly against Lesbian, Gay, Bisexual and Transgender (LGBT) just as the late President Atta Mills did. In this article, we will examine the upcoming LGBT conference in Accra and file our displeasure for it on grounds of Ghanaian culture and Christian religious beliefs.

Currently, it is public knowledge that the International Lesbian, Gay, Bisexual, Transgender and Intersex Association (ILGA) has scheduled its 5th Regional Conference to take place in Accra from 27th to 31st July 2020. This is an international conference. It means that our Government is aware of it because the participants coming from other countries will require Ghanaian Visa to enter the country.

It is suggestive therefore that while we claim we are building a national cathedral for the Lord God in the hearts of the national capital (Accra), we are again inviting a satanic group like ILGA for conviviality. Yes, LGBT is devilish by all standards. From creation until now, we are aware that we have only two genders (Male and Female). As commanded by God, a man must not have sexual intercourse with another man and a woman must not do so with another woman. We know of the biblical story of Sodom and Gomorra. We know that God destroyed those two cities with fire from above as a punishment for their practice of homosexuality or Sodomy. In fact, Sodomy means anal intercourse and its related sins and it originated from Sodom.

In Mathew 6:24, Jesus said, “No man can serve two masters, for either he will hate the one, and love the other; or else he will hold to the one, and despise the other, you cannot serve God and mammon.” Contrary to this admonition by the Messiah and the son of the Living God, Ghana trying to serve two masters (God in the Cathedral and the devilish LGBT Community). With one hand, we are building a cathedral for the Lord in Accra and with another hand; we have beckoned practitioners of Sodomy to come to the same city and dialogue in favour of what they call their human right and what I call their Sodomy and devilish right. Is there any country that will gladly and openly permit a conference of rebels or terrorists on its land? ILGA must be deemed and treated as a socio-cultural terrorist.

Where are the Christian religious gatekeepers in this country, some of whom advised the President or supported his decision to build a cathedral for the Lord in Accra? Archbishop Duncan- Williams, Rev, Agyin Asare, Pastor Otabil, Prophet Annor, Prof. Martey, Pastor Dag Heward-Mills, Archbishop Gabriel Charles Palma-Buckle, Rev. Sam Korankye Ankrah, Rev. Lawrence Tetteh, Rev. Eastwood Anaba, Rev. Owusu Bempah and many other high standing clergy in this country, where are you and why are you silent on the upcoming ILGA Conference? Does your Bible support homosexuality? Why are you mute over the matter and not speaking out? The pulpit is meant to condemn such abominable happenings in society. If as the religious gatekeepers in this country you see evil being invited to our into our midst and you are mute over it, then what else can you do to save your flock in the face of adversity? Must Ghana go that low because of financial aid? Revered Clergymen, let the light in you overcome the darkness in the world. The upcoming ILGA Conference is darkness.

Lest I forget. Where is the Gifty Afenyi- Dadzie Women’s Aglow that keeps praying fervently for the nation to overcome evil? Evil now stares at us devouringly in the form of LGBT. The time to pray and save the nation is now. The time to tell our leadership that your prayers cannot be in vain is now.

Renowned Clergymen of Ghana, serve God and not politics. Your political affiliations should not prevent you from speaking against devilish things like LGBT. Remember that Jesus said in Luke 9: 62 that “No one who puts his hand to the plow and looks back is fit for the Kingdom of God.” As such, it will be desecrating to your pulpits and grievous for the religious health of the nation that you should allow such a devilish gathering to take place in the physical realm in Ghana under your clerical watch. Then of what essence is the national cathedral? Of what essence are your pulpits? Of what essence are your incessant prayers? Of what essence are your prophecies and exorcisms? Or have you forgotten that LGBT is sinful? You need to speak out and I dare you do so quickly. Take a persistent note that in the presence of an adult with sovereignty of thoughts, a pregnant goat should not be allowed to give birth to its young ones while tethered to a tree. At least, let the poor goat bear the labour pains in liberty. As such, the flock must not be tied to a tree under your watch so the devil can easily sieve them. Treat LGBT as a weed in the vineyard. Christian Council of Ghana, Ghana Catholic Bishops Conference, Ghana Bar Association, Ghana Medical Association, Association of Health Service Administrators, Ghana and many other nationalistic groupings need to wake up from their silence and speak overtly against this evil.

Former Presidents Rawlings, Kufuor and Mahama, you need to speak against this evil and support President Akuffo Addo not to bow to any LGBT pressure that will destroy our nation. We are already confronted with a lot of challenges. We should not worsen our plights with LGBT. President Mahama, even if your two predecessors are mute over this matter, you need to speak out because you are the substantive presidential candidate for the opposition National Democratic Congress (NDC). You want to be our President for the second time and I do not think whatsoever that you would like to superintend over a homosexual nation should you win the 2020 elections.

Our chiefs are said to be the custodians of our customs and traditions so they must not be voiceless when evil is being made as a significant part of our culture. I therefore call on the eminent Asantehene, Awomefia, Ya-Na, Torgbe Afede and so many other traditional leaders to condemn the upcoming LGBT Conference in Accra and make frantic efforts to forestall its holding. Our cherished customs must not be stained under your watch from the throne rooms. Let us witness the powers of the stools and the skins once more.

Homosexuality Is A Mental Sickness
Methinks that homosexuality is either a mental sickness or a personality disorder of a sort. It is devilish, antichrist, and insane. It is also an aspect of occultism. LGBT also works against the sustainability of the human race. It is far below animalistic behavior because even animals in the wild or the domestic ones do not mate with breeds of the same sex or gender. A male goat does not do fubɛbɛbɛɛɛɛ to another male goat. It does so to only female goats. It is therefore surprising that human beings who are made in the image of God will go that low to have sexual encounters with persons of same sex or gender.

Again, we need sexual intercourse between a man and a woman to continue procreation and the human race. Even in artificial insemination, the female ovary must be fertilized. We therefore need the Atta Mills voice in our contemporary political leadership to speak against this evil. Let’s be mindful of the wrath of God in our dealings. I think that it is better to be a doormat in the kingdom of God than to be a king in the devilish kingdom of the ever-deceptive Satan.

A Passionate Appeal To Ghanaian Electorates
Elected officials are employees of the people who elected them into office and the Constitution of Ghana stipulates clearly that “all powers of Government spring from the Sovereign Will of the People.”

Allowing homosexual international conference in Accra is sin not only against God but also against humanity in general and the Ghanaian culture in particular. A government that permits such an abominable gathering in the land of the Lord where we want to build a cathedral does not deserve to be given the authority again to rule the land. Fortunately, the LGBT conference is about to be held in this 2020 and it is an election year in Ghana. I hope this time, Ghanaians come out clear to point to our leaders that it is not every pill they can push down our throats.

To the Majority and Minority MPs, you represent the people. Get united for once and speak against the upcoming ILGA conference in Accra in July 2020. The time to demonstrate the honourable in you is now. It will be a great disgrace to your cherished title if under your representative watch such an LGBT gathering should be given a venue in Ghana and for that matter Accra. I hope this article gets to you and I hope you stand up as honourable men and prevent the conference from taking place in our land. It should not be lost on you that the electorates are watching you. You need the votes again, remember?

Conclusion
I hope avidly that our President, Nana Addo Dankwa Akuffo Addo who values the Ghanaian culture will do all that he humanly can, to forestall the holding of the ILGA Conference in Accra. This is because just like King Solomon, he is building a temple for the Lord, so he will want to maintain the sanctity of the land. He will stand out as Lot and therefore he will not permit an act of sodomy or any gathering meant to make Sodomy flourish. About four years ago, the courts sentenced Dr. Sulley Ali Gabass (a medical practitioner) to a 25 –year jail term for committing Sodomy and he is still in prison. If indeed, the political leadership of this nation can permit an LGBT Conference in Accra, then Dr. Gabass deserves amnesty or a presidential pardon and a national apology. This is because we cannot jail him for Sodomy and welcome the same Sodomy in another form.