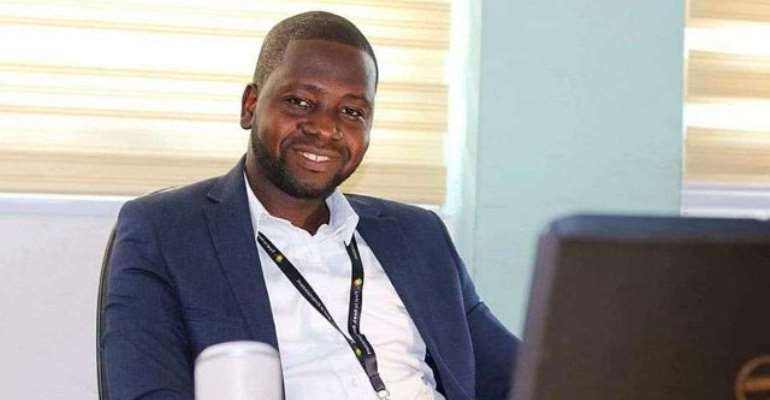 Family sources say the journalist has been sick since September 2019.

The late journalist was a presidential reporter during the former President John Mahama’s administration and Secretary of the Presidential Press Corps.

He was among the team of journalists who got involved in an accident at Afienya near Tema while covering President Mahama in August 2015.

It is unclear what ailment he was suffering from but sources said he had been complaining about his fractured leg occasioned by the accident.

Reports say he had been unwell since that accident shuttling between hospitals.

The ghastly accident took away the life of Samuel Nuamah, Ghanaian Times presidential correspondent at the then Flagstaff House.

Edward Kwabi's leg got broken and was fixed with metal.

DGN learnt that just last week he shared on a platform with his former colleagues about the pain he was going through with other victims of the accident also narrating similar ordeal.

He was said to have complained about neglect by John Mahama who never met the press corps even after the accident leaving them to their fates.

“Nobody minded him and was always complaining of the pains”, a member of the then press corps told DGN when reached on phone yesterday.

Other victims of the accident are said to be also suffering with no support from John Mahama.

“Ato Kitoe is now walking with only one eye functioning. I won’t be surprised that the guy dies out of the accident”, the Mahama press corps member said.