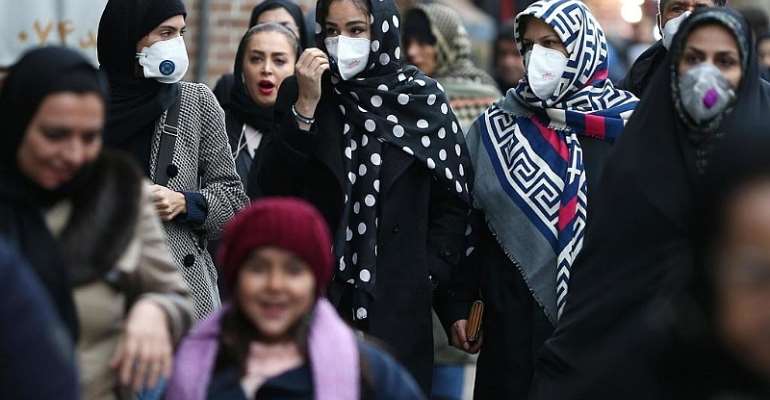 Iran has ordered the closure of schools and universities in two cities hit by a coronavirus outbreak that has killed five people in the country – the highest number outside Asia. The move came as Iranian authorities reported one more death among 10 new cases of the virus.

The COVID-19 outbreak in Iran first surfaced on Wednesday, when authorities said it claimed the lives of two elderly people in Qom, a Shia holy city south of the capital.

They were the first confirmed deaths from the disease in the Middle East.

"One of the new cases has unfortunately passed away," he added, noting that eight of them had been hospitalised in Qom and two in Tehran, without specifying where the death occurred.

Specialised tests
The latest cases take to 28 the total number of confirmed infections in Iran.

According to Iran's Mehr News Agency, Jahanpour added that among thousands of people who have visited the medical centres across the country, 785 patients have been hospitalised for more specialised tests.

Iran's Government Spokesman Ali Rabiyee announced on Thursday that a headquarters had been set up to take due measures to counter the outbreak of coronavirus epidemic.

“The government with its full capacity and sensitivity will follow up anti-coronavirus measures,” Ali Rabiyee posted on his Twitter page.

Earlier on, Minoo Mohraz, an Iranian health ministry official, said without elaborating that the virus “possibly came from Chinese workers who work in Qom and traveled to China.”

Fears for the Coronavirus coincided with parliamentary elections on Friday, possibly influencing the turnout.

Released from hospital
According to Mehr News Agency, Iran signed a contract with an unnamed Chinese company in 2018 to build a 30 megawatt solar power plant in Qom province in 2018.

According to figures published by the Chinese National Health Commission on 22 February, there are now a total of 76,288 reports of confirmed cases and 2,345 deaths in 31 provincial-level regions in China. A total of 20,659 patients was released from hospital ofter being cured.

Outside China, Japan has the highest number with 751 infected and 3 dead, followed by South Korea (433 and 3 dead) and Singaport (89 cases). Italy reported its first death and a sudden surge in cases (30) and locked down ten towns in the north of the country.